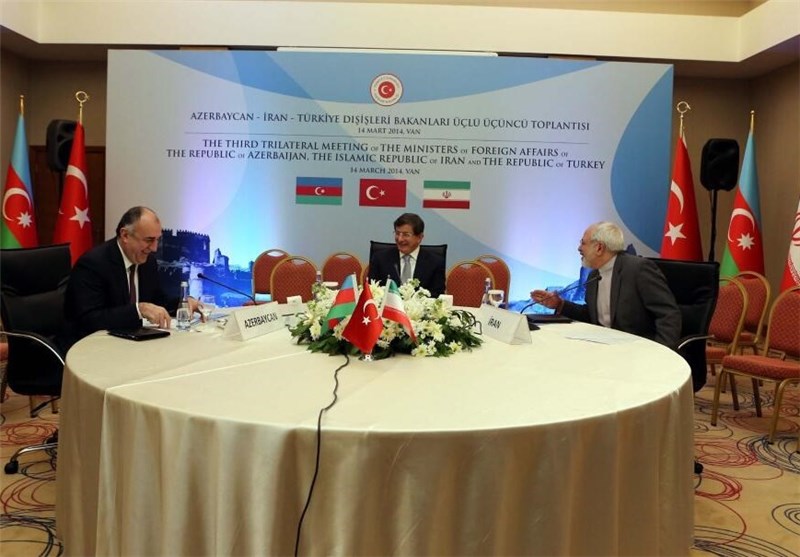 VAN, Turkey, March 14, IRNA – The trilateral meeting between Iranian, Turkish and Azeri foreign ministers which was held for creating grounds for expansion of ties in political, economic and cultural relations wrapped up by issuing a joint statement here in eastern Turkey.

The first and second trilateral meetings between the three countries had been held in Orumieh and Nakhchivan, respectively.

Iran, Turkey and Azerbaijan in their final statement reiterated their serious determination to strengthen cooperation to confront terrorism and extremism in its different forms.

The three foreign ministers also stressed the need for mutual cooperation and implementation of projects in different political, economic and cultural areas.