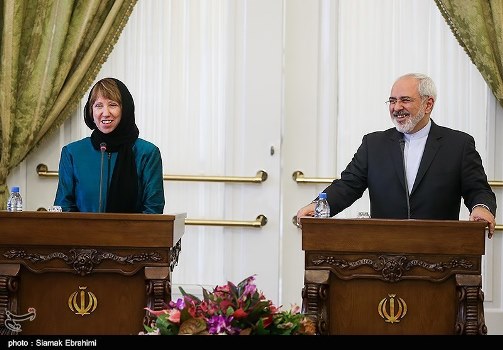 Mann: Ashton to consider grounds for more cooperation with Iran

Mann, in an interview with a western radio, said Ashtonˈs visit to Tehran was different and she discussed issues of mutual interest in addition to the nuclear program.

He added Ashton wants to underline that international community should work hard to find a solution for issues in the Middle East.

Mann said he preferred not to talk about the details of the talks.

The spokesman said that a number of sanctions have been imposed on persons because of human rights issues and we talked with Iranian officials.

He added that Iranˈs new foreign minister had expressed desire to re-start talks on human rights issue, so we wanted to consider atmosphere to find the potentials.

Mann stressed that Ashton wanted to see a number of Iranian senior officials, who had never seen them before.

She found out that achieving an agreement on the nuclear talks has support domestically and this issue is very positive, Mann concluded.