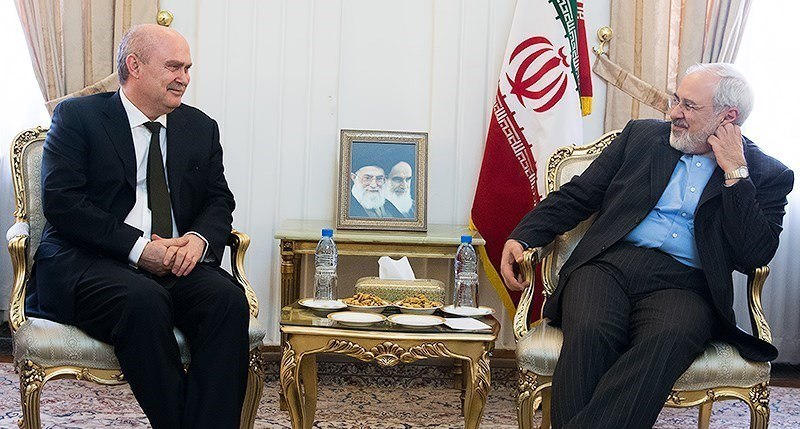 In a meeting with visiting Undersecretary of Turkey’s Ministry of Foreign Affairs Feridun H. Sinirlioğlu in Tehran on Monday, Zarif said Iran and Turkey share a common stance and view on many leading regional and international issues.

He called on both Tehran and Ankara to use their potential to help resolve problems in the region.

Zarif pointed to the complexity and difficult nature of the process of talks between Iran and the six major world powers on the Islamic Republic’s nuclear energy program and said Tehran expects negotiations will proceed in line with the Iranian nation’s interests.

Iran and the five permanent members of the UN Security Council – China, Russia, France, Britain and the United States — plus Germany ended their latest round of expert-level nuclear talks in the Austrian capital, Vienna, on March 7.

Experts from Iran and the six countries are working to hammer out a comprehensive deal following a landmark nuclear accord reached in the Swiss city of Geneva on November 24, 2013. The Geneva deal took effect on January 20.

The Turkish official, for his part, said the expansion of Tehran-Ankara relations would be beneficial to the two sides’ interests and regional stability and security.

Sinirlioğlu added that his country regards Iran’s international achievements including its negotiations with the six countries as its own success.

He called on both Tehran and Ankara to proceed with close consultation to help settle regional problems.