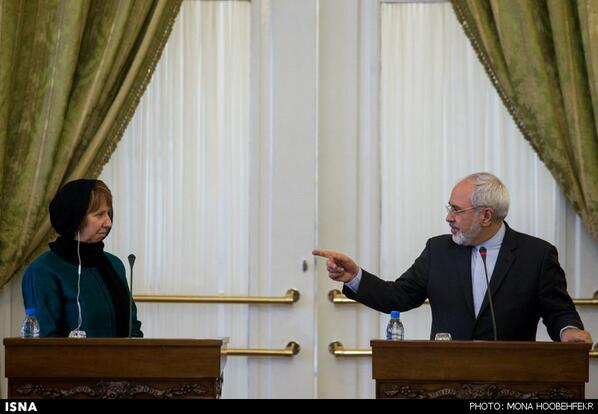 He made the remarks here Sunday in a joint press conference with the EU official.

He said he had discussed ties with the European Union states with Ms Ashton.

Ashton arrived here Saturday evening upon Zarifˈs invitation. This is her first visit to Tehran since 2008.

During her stay here, Ashton is to discuss different aspects of relations between Tehran and the European Union as well as Iranˈs nuclear program in separate meetings with senior Iranian officials including President Hassan Rouhani.

Ashton is accompanied by her deputy Helga Schmid and special aide Stefan Clement.