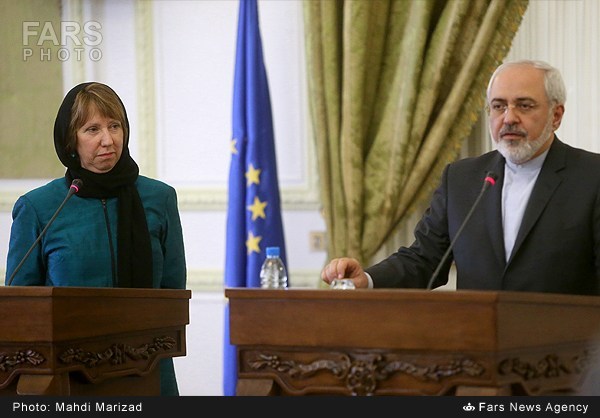 TEHRAN, March 9 (MNA) – Iran’s FM who is receiving EU foreign policy chief in Tehran has said Iran is resolved to finalize the deal with the Powers.

Mohammad Javad Zarif who is receiving Catherine Ashton who is visiting Tehran attended a joint press conference with Ashton. Asked by a BBC correspondent about Iran’s attempts to restore trust in nuclear issues, or if the mistrust still was lingering on, Zarif told that Iran was resolved to finalize the deal with the Powers. “We have shown that we have faith in this, have political will, and we have done our quota of commitment,” said Zarif, “it depends on the Powers whether it acts according to its commitments. There is probability that we reach final agreement in a course of 4 or 5 months or even sooner.”

Zarif however maintained that Iran would sign a deal which respected Iranian national rights, conceding that Iran should address concerns of international community as well.