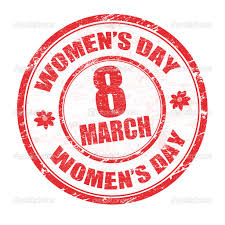 International Women’s Day events in Tehran were cancelled on March 8 after authorities withdrew the permit.

Women’s rights activists such as Elaheh Kolayi, Alieh Shekarbeigi and Soraya Azizpanah were set to speak at the event, which was organized by the independent women’s group Asr-e Kherad in collaboration with the Etemad Newspaper and the Iranian Sociological Association in a program entitled “Women Must Get Organized.”

The event drew the support of women’s rights activists, reformists and student groups, which in turn prompted government security forces to immediately withdrew their permit at noon. Participants protested against the cancellation of the event as they gathered at the location; however, no arrests were made.

Another gathering of women’s rights activists was organized at the Negarestan Gardens of Sociology University as a simple gathering without any formal speeches.

The We-change website reports that more than 350 women’s rights defenders published a report marking International Women’s Day, which warns against the economic decline of women in Iranian society.

Topics discussed in the report include the difficult conditions for women, the privatization of the health system, the imminent passing of a plan to increase the population, and the marginalization of women in the economic, social and political life of the country.

Laleh Park Mothers have also issued a statement criticizing the Iranian government for not officially recognizing the International Women’s Day in its calendar.

In recent years, throughout Mahmoud Ahmadinejad’s two terms as president, activists have been systematically banned from holding events to mark International Women’s Day.