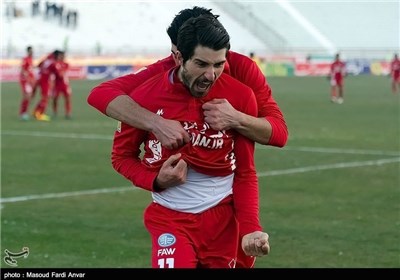 TEHRAN (Tasnim) – Guinea national football coach Michel Dussuyer said that Iran can be a surprise at the 2014 World Cup.

Guinea defeated Iran 2-1 in a friendly held in Tehran’s Azadi Stadium on Wednesday.

“It was a good test for both teams. Guinea played against a very good team. We played very well in the first half and scored two goals,” Michel Dussuyer told the Tasnim News Agency.

“In the second half, Iran was the better team. Iran has good players such as Reza Ghoochannejhad and Mehrdad Beitashour. They put us under pressure. All in all, second half was more difficult for us,” the French coach added.

“We knew that the Iranian football team is dangerous in the frontline and can create opportunities in front of our goals. But we had a plan to devitalize Iran’s key midfielder Javad Nekounam,” Guinea coach stated.

“World Cup is a big tournament but I think Iran can qualify for the next stage, since the team has a great coach. Iran has nothing to lose in the World Cup but it would be a surprise if the team makes it through to the next round,” Michel Dussuyer added.