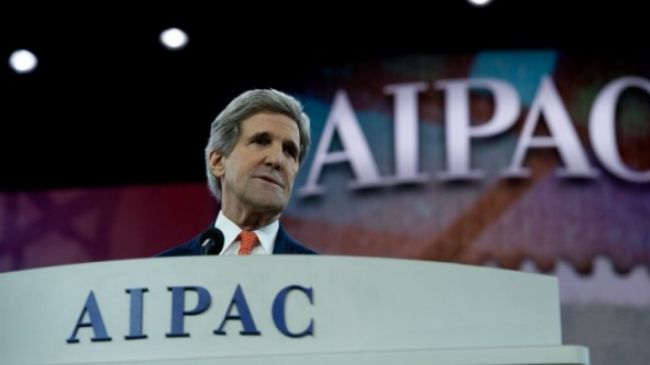 An Iranian lawmaker says the recent anti-Iran remarks by the US Secretary of State John Kerry are aimed at appeasing the Israeli regime.

“The Americans are currently making many ill-judged remarks to appease the Zionists. Such stances by the US on Iran’s nuclear program should not be taken very seriously,” said Deputy Chairman of the Majlis National Security and Foreign Policy Committee Mansour Haqiqatpour on Tuesday.

Speaking at the annual conference of pro-Israeli lobby group AIPAC in Washington D.C. on Monday, Kerry said the US approach toward Iran is not “trust and verify” but “verify and verify.”

The Iranian lawmaker said that the Islamic Republic too “will definitely not agree to a bad deal that only takes into consideration the US demands and views.”

The talks between Iran and the P5+1 must result in a win-win solution or “there had better be no deal at all,” the MP said.

Iran and the five permanent members of the UN Security Council — the United States, China, Russia, France and Britain — plus Germany inked an interim deal on the Islamic Republic’s nuclear energy program in Geneva, Switzerland, on November 24, 2013. The Geneva deal took effect on January 20.

Both sides aim to continue their talks to hammer out a long-term deal aimed at fully resolving the decade-old dispute over Iran’s nuclear energy program.

The next round of the high-level talks between Iran and the P5+1 is to be held in Vienna on March 17.