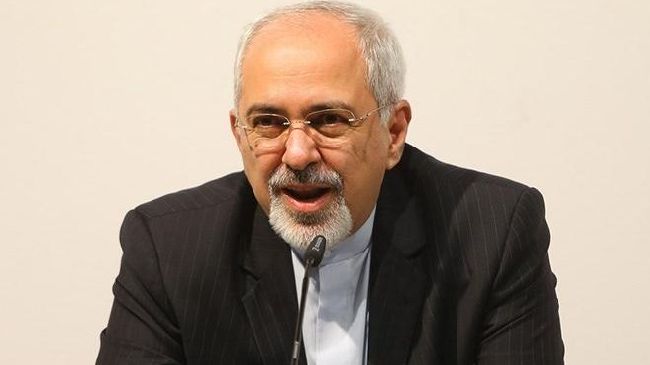 TEHRAN (FNA)- Iranian Foreign Minister Mohammad Javad Zarif underscored the determination of the country’s officials to settle its nuclear dispute with the West, and said proving the peaceful nature of Tehran’s nuclear program is rather simple.

“We are resolved to settle the nuclear issue and its reason is that the Islamic Republic of Iran is not after the acquisition of nuclear weapons and doesn’t need them,” Zarif said in Tokyo on Wednesday, addressing officials at Keidanren (Japan’s Federation of Economic Organizations).

“We think that proving the peaceful nature of Iran’s nuclear program is not so much complicated,” he added.

Zarif pointed to the talks between Iran and the Group 5+1 (the US, Russia, China, Britain and France plus Germany) to settle their differences over Tehran’s nuclear program, and said, “We are committed to the negotiations and resolved to reach a final solution.”

Meantime, he stressed that the negotiations also provide an opportunity for the world powers to build the Iranian nation’s confidence.

Negotiators from Iran and the Sextet of the world powers met in Vienna on February 18-20 to hammer out an agenda for talks on a final deal to the standoff over Tehran’s nuclear activities.

Iran and six world powers agreed on an agenda for negotiations over Tehran’s nuclear program and will meet again later in March in Vienna.

The negotiations will probably extend at least over several months, and could help defuse years of hostility between energy-exporting Iran and the West, ease the danger of a new war in the Middle-East, transform the regional power balance and open up major business opportunities for western firms.

The developments came after Iran and the G5+1 sealed a six-month Joint Plan of Action in November to lay the groundwork for the full resolution of the West’s decade-old dispute with Iran over its nuclear energy program. In exchange for Tehran’s confidence-building bid to limit certain aspects of its nuclear activities, the Sextet of world powers agreed to lift some of the existing sanctions against Tehran and continue talks with the country to settle all problems between the two sides and reach a comprehensive agreement.