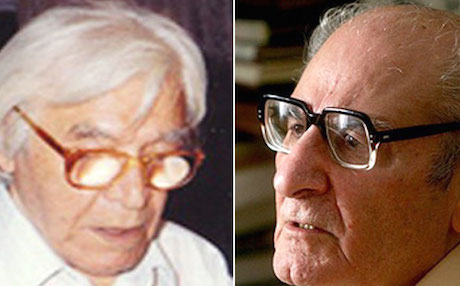 Qazi and Yunesi both translated or authored dozens of books and articles on politics, literature, identity, and ideology, shaping new genres in modern literature. Their styles of translation and works have greatly contributed to introducing Western literature in Iran.

The “National Conference of Iranian Kurdish Translators” opened Tuesday in Sanandaj, capital of the northeastern Iranian province of Kurdistan.

Qazi and Yunesi both translated or authored dozens of books and articles on politics, literature, identity, and ideology, shaping new genres in modern literature. Their styles of translation and works have greatly contributed to introducing Western literature in Iran.

In a message to the conference, Iranian President Hassan Rouhani underscored the importance of a honoring the “two prominent sons of Kurdistan.”

Calling Iran “a unique garden for many races, creeds, and languages” he said that the Kurds count “among the most deeply-rooted flowers that have contributed to the beauty of this garden.”

Rouhani, during his election campaign, repeatedly said that “all political prisoners should be released.” On several occasions he said he wanted a change “in favor of free speech and media freedom.”

His promises encouraged reform minded Iranians, especially youth and women and a large number of Kurds, to help him win the presidency last June.

But despite the release of some prisoners of conscience, under his presidency Iran has stepped up executions. Political prisoners and journalists remain in Iranian jails. Rouhani has blamed the executions and slow pace of reform on a powerful hard-line faction in the Iranian government.

Qazi was born in the Kurdish city of Mahabad in Iran’s West Azerbaijan province in 1913. He is renowned as a man of letters and a translator. Although, he was proficient in English as well, French remained his language of choice.

Before his death in 1998, he had translated works from prominent writers of international repute, including Pearl S. Buck, Cervantes, Flaubert, Jack London and Antoine de Saint Exupery.

Yunesi, a Kurdish writer, novelist, and translator was born in the Kurdish city of Bana in Kurdistan in 1926, and died in 2012.

He authored 10 books, and translated literary criticisms by the likes of E.M. Foster, Andrew Field, Dostoevsky and Dmitry Petrovich Svyatopolk-Mirsky.

He also translated a number of world-renowned classics into Persian by Cervantes, Alexandre Dumas and Charles Dickens.

Yunesi, briefly for three months after Iran’s 1979 Islamic Revolution, was appointed as the governor of Kurdistan province. Prior to the 1953 Iranian coup, he was an officer in the underground Communist Tudeh Party.

He was arrested after the overthow of prime minister Mohammad Mosaddegh and sentenced to death. However, his sentence was reduced to life imprisonment, since he had lost a foot in freezing cold in Urumiyeh. He spent many years in prison, where he was able to learn French from other inmates.