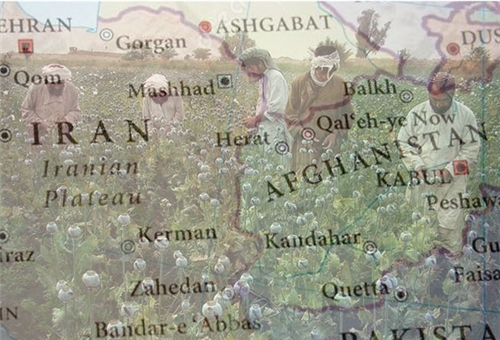 TEHRAN (FNA)- A senior Iranian anti-narcotics official called for all-out cooperation by all the world countries to stop or reduce poppy cultivation in the world’s largest opium producer, Afghanistan.

“Stopping the cultivation and production of narcotics should be the first international measure in Afghanistan and this can only be materialized if all the world states feel responsible,” Director-General of Iran’s Anti-Narcotics Headquarters for International Relations Mahmoud Bayat said in a meeting with the Swedish Foreign Ministry’s Special Envoy in Afghanistan and Pakistan affairs here in the Iranian capital on Monday.

He noted that poppy cultivation and production of narcotics in Afghanistan has increased, meaning that a large number of people are engaged in the illegal narcotics trade.

Afghan and western officials blame Washington and NATO for the change, saying that allies have “overlooked” the drug problem since invading the country 10 years ago.

Bayat pointed to Iran’s assistance to Afghanistan in combating drug trafficking, and said, “Iran has taken good actions in treating addicts, training physicians and the police.”

The official also referred to Tehran’s initiative of Joint Planning Cell (JPC) among Iran, Afghanistan and Pakistan, and said, “Exchange of information and conducting joint operations among the three countries has taken place through this cell and for instance a sum of 1,200 kilograms of narcotics have been discovered in a joint operation by Iran and Pakistan.”

The JPC, which is based in Tehran, deals with information- and intelligence-sharing and the implementation of joint operations targeting regional drug trafficking networks.

The Iranian official also underlined interaction and reinvigoration of bilateral ties and cooperation between Iran and Sweden, and said, “I hope that this meeting result in boosting mutual anti-narcotic cooperation.”

Bayat noted that Iran is ready for any cooperation with Sweden in the war on drug trafficking.