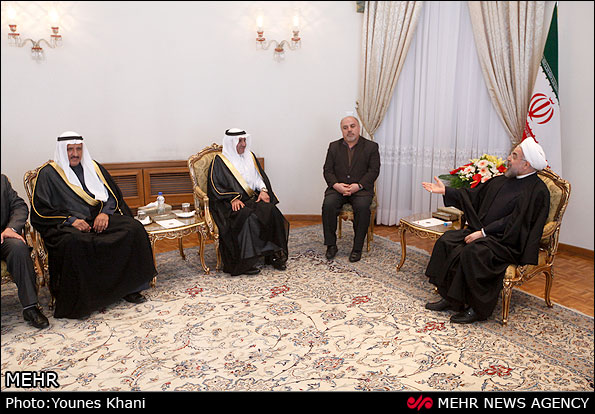 He made the remarks in the meeting where the new Saudi Ambassador to Iran Abdolrahma Bin Gharman al-Shahri presented his credentials.

President Rouhani referred to great potentials of Tehran and Riyadh for cooperation and said that development of ties between the two states can boost regional stability and security.

“Boost of relations between Saudi Arabia and Iran can help halt unrests in some regional countries and prevent spread of sectarian violence in the region.ˈ

The new Saudi ambassador, for his part, called the prospect of relations between Tehran and Riyadh as promosing.

“Iran-Saudi Arabia relations are historical and cultural and Riyadh is ready for expansion of ties with Tehran.ˈ