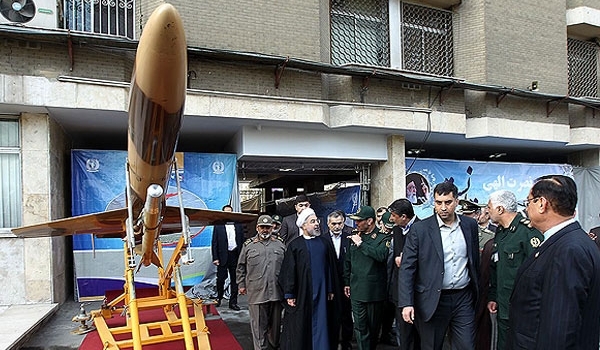 TEHRAN (FNA)- Iran displayed its advanced home-made combat drone, Karrar, in camouflage color and armed with anti-aircraft missiles in an Exhibition in Tehran on Saturday.

Karrar is capable of carrying a military payload of 500 kilograms to carry out bombing missions against ground targets. It is also capable of flying long distances at very high speed.