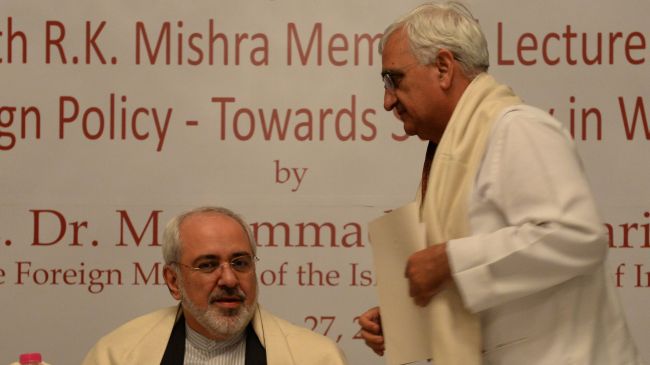 The museum, the most important one in the country, is where a major part of India’s national heritage, inclusive of hundreds of ancient huge stone statues carved during various eras of the Indian history are kept and preserved.

A large portion of the artifacts kept in the museum belong to the Islamic civilization and are naturally created by Muslim artists.

Many old and invaluable paintings designed with Persian calligraphy and poems composed by Iranian poets are found in the museum which date back to many centuries ago and are among the attractive parts of it, revealing the long history of cultural ties between Iran and India.

The National Museum of India is considered one of the most important in its kind also around the globe considering the number of artifacts kept in it and their ancient backgrounds.

Zarif arrived in New Delhi on Thursday morning atop a high ranking political and economic delegation for an official two-day visit on an invitation extended by his Indian counterpart Salman Khurshid.

Despite the failed attempt made by certain countries to create rifts between the two regional nations, India and Iran continue to maintain friendly and historical ties, especially in the cultural and economic fields.