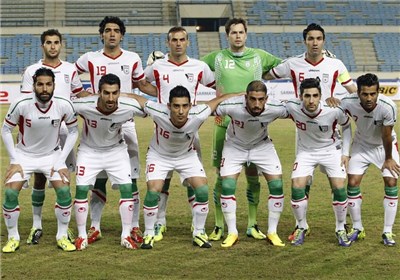 Iran likely to play frienlies with Mozambique and Macedonia

Iran is preparing for the match against Kuwait in the AFC Asian Cup on Monday.

Two days later, the team will host Guinea in a friendly in Tehran’s Azadi Stadium.

The Iranian team has been pitted against Nigeria, Argentina and Bosnia and Herzegovina in Group F of the 2014 World Cup.

“Team Melli (national soccer team) will leave Tehran on April 13 to hold its training camp in South Africa. The team will play four friendly matches with the South African clubs, which their names are difficult to declare at the moment. Iran will likely play friendly with South Africa’s neighbor Mozambique as well,” Nabi said.

Carlos Queiroz’s team will also base a pre-tournament camp in Austria.

“Iran has been scheduled to play Belarus. The team will likely play Macedonia in the camp. We will play a friendly with Angola in Austria on May 30,” he stated.

Meantime, Nabi said Two Brazilian coaches and one from Argentina will be added to Iran football team during the 2014 World Cup.