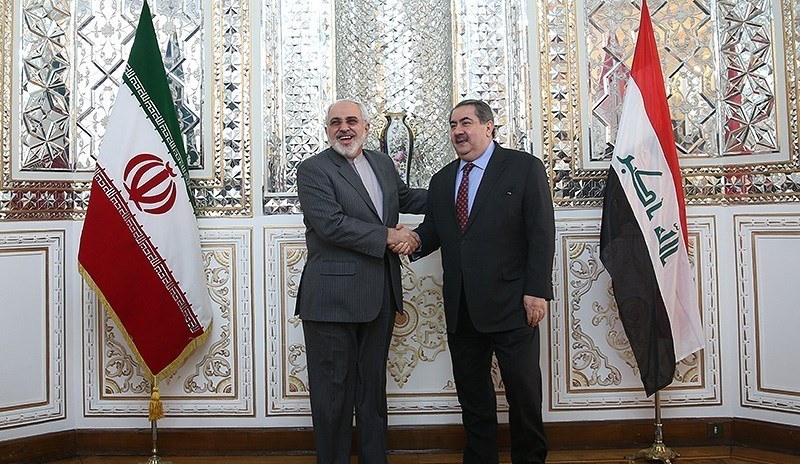 TEHRAN (Tasnim) – Iran’s Foreign Minister Mohammad Javad Zarif said Tehran and Baghdad have come to an agreement on the Arvand River and the implementation of the 1975 Algiers Accord between the two neighboring countries.

“We have managed to come to an understanding about work on the Arvand River and implementation of the 1975 Algiers Accord and are waiting for Mr. Zebari to revisit Iran soon for signing the agreement,” Zarif said Wednesday while speaking in a joint press conference with his Iraqi counterpart, Hoshyar Zebari, in Tehran.

He described the move as being in the interest of the two countries’ people and beneficial for the regional peace and security.

The Algiers Accord (officially 1975 Algiers Agreement) was a treaty signed by Iran and Iraq on June 13, 1975 to end the two sides’ territorial disputes.

In 1980, executed Iraqi President Saddam Hussein released a statement claiming to abrogate the treaty and invaded Iran though international laws hold in all cases that any bilateral or multilateral treaty cannot be abrogated by only one party.

Elsewhere in the press conference, Zarif hailed Zebari’s visit to Tehran and, referring to the historical ties between Iran and Iraq, said the two countries’ strong relations are based on common religious, geographical, political, and cultural interests.

Zarif also touched on the ongoing crisis in Syria and hoped for a political and peaceful solution for the crisis, and added that Iran and Iraq have always worked together, have had common views and will continue their consultations in this regard.

He further referred to extremism and terrorism as a problem for the region and called for cooperation among regional countries to tackle these issues.