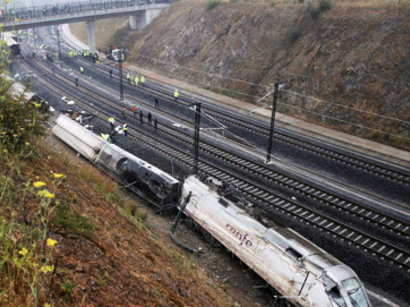 TEHRAN (FNA)- Iran’s good infrastructures in the transportation sector, including its railway system, have paved the way for the further expansion of cooperation with the neighboring countries, specially in transiting goods and commodities to Turkmenistan, a provincial official said.

Director-General of Transportation and Terminals in Khorassan Razavi Province Hamid Reza Shahraki Thanavi told reporters on Tuesday that an agreement was signed by Iran and Turkmenistan to increase rail transit to 3.5mln tons.

The agreement was cut by Head of Iran’s Road Maintenance and Transportation Organization Davoud Keshavarzian and his Turkmen counterpart in the Iranian border city of Sarakhs on Monday.

Shahraki Thanavi said that rail transport transit level between the two countries was 1.5mln tons last year and it is to reach the goal (3.5mln tons) until the end of year 2014.

He went on to say that the Iranian called on the Turkmen side to comply with Iran’s plan to increase the number of transit trucks from 200 vehicles to 400 daily.