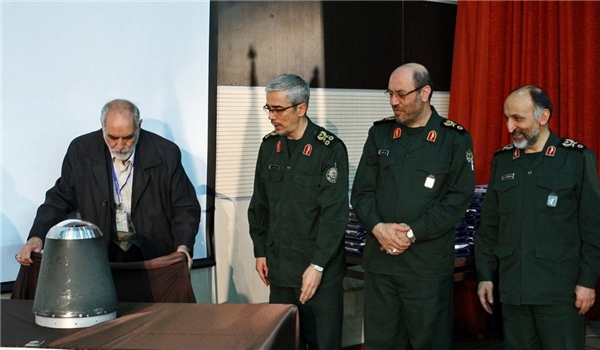 The detection and guidance cabin which increases the precision and smartness of ballistic missiles as well as their destruction power and their ability to overcome anti-missile systems, boosts the combat power of the Armed Forces by enabling the cruise missiles to hit enemy targets both on land and sea with full precision, or pinpoint, capability.

Iran is now among the very few advanced countries enjoying such a state-of-the-art technology used in strategic weapons.

The new armor is resistant to anti-armor steel-core bullets and was built on the basis of high world standards.

Using this technology, Iran will be needless of the foreign materials whose exports to Iran have been boycotted. The hi-tech product decreases the weight of the armor used in tanks and personnel carriers up to 76% which is interpreted as increased mobility and agility of the combat power of the Armed Forces in the battlefield.

On the second day of the exercises, the air defense units fired a Hawk missile at a drone and destroyed it. The missile was fired by a mobile air defense system on a missile-launching vehicle.

“The Hawk missiles which are good for medium altitudes have been optimized and indigenized in the country,” Esmayeeli told reporters on the sidelines of “Modafe’an-e Aseman-e Velayat 4 (Defenders of Velayat Skies 4)” air defense drills in November 2102.