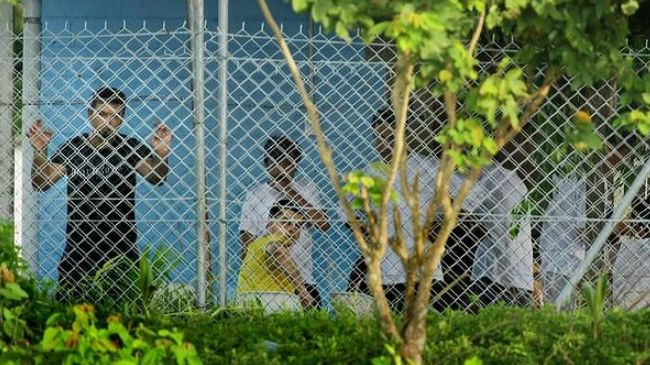 Australians have rallied in a suburb of Sydney to denounce the killing of a young Iranian asylum seeker in a detention camp on Manus Island off the Papua New Guinea coast.

Similar protests were also held in Melbourne on Friday with protestors demanding the Manus Island detention center be closed.

Reza Barati, 23, sustained fatal head injuries Monday night after hundreds of asylum seekers tried to break out of the camp on Manus Island.

Protesters say they are fed up with what they argue are unsafe conditions for asylum seekers in Australian detention centers.

On Friday, Australian newspapers reported that Barati might have been killed by Australian guards who stomped his head as he fell defenseless on the ground.

The reports cited an unnamed Australian guard at the camp accusing the guards of attacking Barati in a frenzy.

Australian Border Protection Minister Scott Morrison said Australia would repatriate Barati’s body to Iran at his family’s request after an autopsy is conducted on his body.

The United Nations and rights groups say the practice is illegal and inhumane.