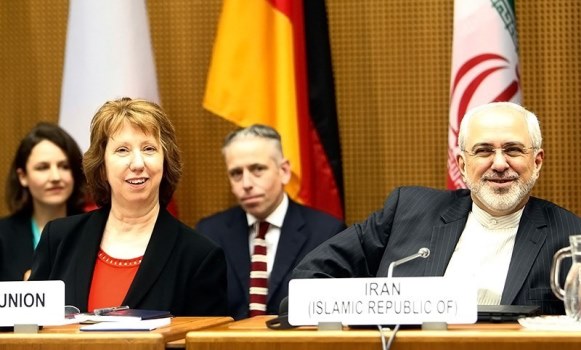 Vienna, Feb 20, IRNA – Foreign Minister of Iran Mohammad Javad Zarif Thursday described atmosphere of the three-day intensive nuclear talks in the Austrian capital as serious and more positive than it was expected.

Talking to Iranian journalists, Zarif said the two sides enjoy identical views regarding some issues and may have differences in others.

He added that the talks only focused on the nuclear issue.

Zarif further stressed that no country or official has had and will have the right to dictate anything to or impose on the Islamic Republic of Iran.

Iran and the Group 5+1- the US, Britain, China, France and Russia plus Germany- held intensive talks on Iranˈs nuclear program starting from February 18.