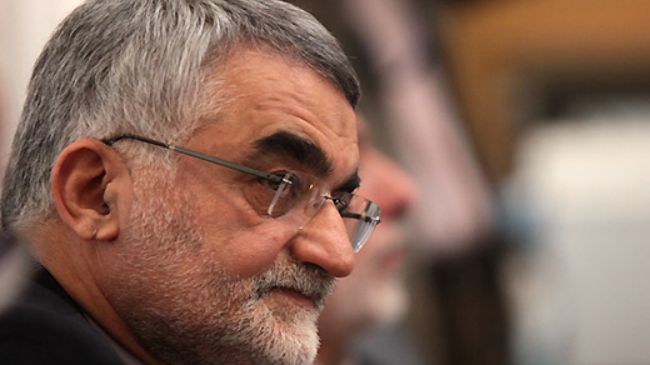 A top Iranian lawmaker says Tehran is strongly opposed to radicalism and extremism in the region.

“The policy of Islam for Islamic countries is a strategy based on moderation and, the Islamic Republic flatly opposes radicalism and extremism in the region,” said Chairman of the National Security and Foreign Policy Committee of Iran’s Majlis Alaeddin Boroujerdi on Wednesday in a meeting with a parliamentary delegation from Morocco.

The meeting took place on the sidelines of the ninth meeting of the Parliamentary Union of the Organization of Islamic Cooperation Conference in Tehran.

“In their deep Islamic thoughts, Iran and Morocco believe in some kind of moderation and are strongly opposed to extremist acts committed in some Islamic countries and in the region,” he  said.

The senior Iranian legislator also condemned the deadly bomb blasts near the Iranian Cultural Chancellery in the south of the Lebanese capital, Beirut, saying, “Both countries (Iran and Morocco) strongly oppose terrorist moves in the region.”

Boroujerdi also pointed to the extensive historical commonalities between Tehran and Rabat and stressed the development and deepening of bilateral ties, especially between the parliaments of the two countries.

The parliamentary delegation from the North African country, for its part, referred to the friendly relations between the two countries and emphasized the expansion of mutual ties in all areas, especially in parliamentary fields.