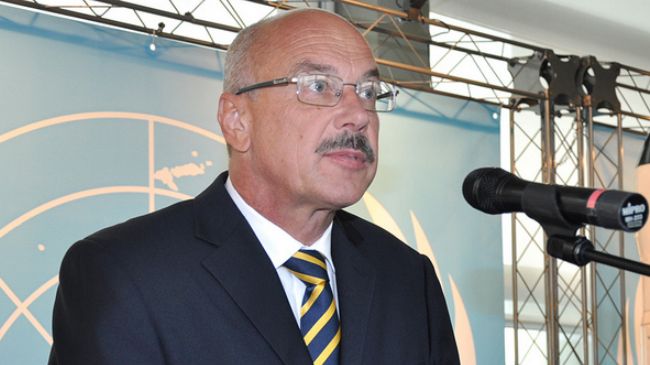 Russia’s Permanent Representative to the UN in Vienna has reiterated Iran’s entitlement to a peaceful nuclear program, saying nuclear talks must be done with the understanding that Tehran will not give up enrichment.

“It is very important to understand the ideological component of Iran’s approach to nuclear energy. It is safe to say that this concept is sacred to Iranian society,” Vladimir Voronkov said on Wednesday.

“Iran’s arguments essentially draw a parallel between the existence of a sovereign Iranian state and the right to enrich uranium. Therefore, all work with Iran should be done with the clear understanding that Tehran will not give up its right to enrich [uranium]”, he added.

The Russian diplomat urged the six word powers, currently in nuclear talks with Iran, to switch from their “prohibitory policy” to a policy of “involving Iranians in common peaceful nuclear activity.”

Voronkov said that the West must not miss the chance of reaching a final agreement with Iran over the country’s nuclear energy program.

“It would be wrong to miss the chance for a long-term settlement of the situation. … it is important now not to bargain on technicalities but ensure stable implementation of the steps stipulated in the Geneva plan and simultaneously start a discussion on a long-term and comprehensive settlement,” he added.

Iran and the five permanent members of the United Nations Security Council – China, Russia, Britain, France and the United States – plus Germany started the second day of their fresh talks as part of efforts to reach a final agreement on Wednesday in the United Nations office in the Austrian capital, Vienna.

The Vienna talks mark the first round of high-level negotiations held between Tehran and the Sextet of world powers after they clinched a landmark interim deal in the Swiss city of Geneva on November 24, 2013.