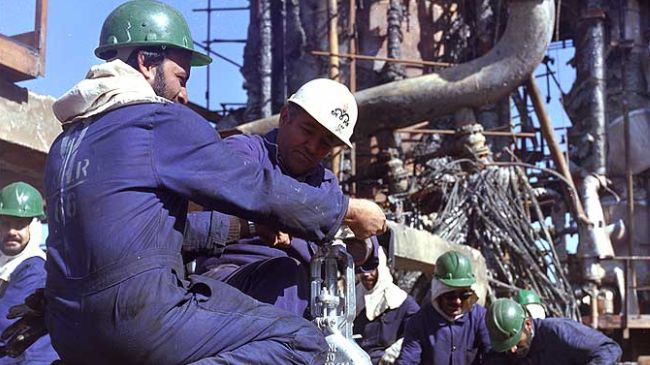 Iran has some of the world’s largest gas reserves and is major crude oil exporter. But rapidly rising domestic demand has created a gas supply and vehicle pollution crisis in some cities.

Although Iran has some large hydro-power plants, heavy subsidisation of fossil fuels means there is little incentive for private investments in wind or solar power projects.

The European Union set up the world’s first carbon emissions trading scheme in 2005 in the hope that forcing industry to buy permits to emit carbon would spur them to reduce pollution.

The EU’s success has been limited because too many emissions allowances were issued, driving down the price of permits to levels that give little incentive to cut.

A short but growing list of other countries – including China and India – are developing their own emissions trading schemes and now Iran is planning its own.

Under the planned scheme, some industrial facilities will be allocated credits to emit a limited amount of carbon and will have to buy permits on the carbon market to cover any further emissions, Sharif said.

He gave no further details and did not specify which industrial facilities would be included in the scheme.

Carbon markets are supposed to encourage companies to reduce their emissions of climate-warming gas by creating a visible cost for polluters. For such schemes to work there must be a shortage of permits in the system that encourages some companies to invest in cleaner and more efficient energy technology.

But there is a growing sense around the Gulf that solar energy, in particular, could help dampen rapid fuel demand growth at home that threatens long term oil export revenues.