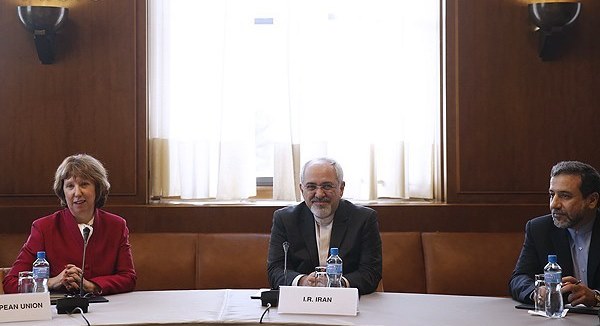 The nuclear deal over Iranian nuclear programme, brokered between Iran and P-5+1, in November 2013, is viewed as a great success for both parties. For the P-5+1, it proved to be a major achievement, attained after hectic diplomacy and imposition of several sanctions, as Iran was not coming to terms since the start of 21st century. For the Iran, the deal provides a temporary relief from the economic sanctions; it has been under ever since EU and U.S knew its nuclear developments through their intelligence network. Iran has taken a sigh of relief once some of its freeze accounts were unfreeze and money was released to Iran for meeting its immediatefood needs.

For the world at large, Iranian nuclear deal, the ‘Geneva Agreement’ is a welcoming development as the looming crisis over the issue could have invited a conflict with dangerous consequences for the region as well as the globe. The peaceful brokering of the deal has avoided the disastrous effects, thus opened new avenues for the regional countries and international community to have a win-win situation. Theoretically the development may sound good, but, the ground realities are quite contrary. As analysed by a scholar, “The (Geneva) agreement has reduced the Iran problem to the nuclear level only, while its regional interference is of key concern to GCC countries.”

The deal between Iran and P-5+1 and US perceived role in the region has indeed initiated new debate in the regional politics and enhanced the concerns of GCC states about the security of the region. In fact, post 1979 Iran was otherwise viewed by GCC states as threat to their form of government and particularly the ideology. The November-2013 deal, which is yet to be formalized, is being viewed by the GCC states as acceptance of Iranian role in the future politics of the region. “Many in Saudi Arabia worry that Iran is not being sincere, and the worry during the negotiations was that any deal reached would mean Iran would widen their influence in the region-in countries like Lebanon and Bahrain-and become a bigger threat.”

Apparently, through the deal, United States has broadened its regional policy, by taking on board many more countries that were not part of US regional partnership. As it has developed differences with Iran over hostages’ issue, in the post 1979 scenario. Thereafter, U.S has given special emphasis to its relationship with Saudi Arabia and Jordan in Middle East. Besides, Israeli security and safety has been the prime responsibility of the US. Then, the Iranian regimes of the post Islamic Revolution-1979, demonstrated direct threat to Israel and US interests in the region. In a way, GCC, Israel and United States were united against Iran, though Israeli role against the Palestinian was not to the likes of GCC states.

Among the GCC states, Saudi Arabia has a distinguished status. It is regarded with lot of respect among the Muslim community, being the administrator and protector of the Muslim Holy sites. For quite some time US has taken the responsibility for the security of the important country in the Middle East. There is a general feeling among the GCC and Saudi Arabia in particular that, US may abandon them viz-a-viz Iran. With regards to Iran, its nuclear programme was not the only reasons, but its expanding influence is of more concern for the GCC states. Indeed, the 1979 Islamic Revolution in Iran brought a major change in the regional politics. Iranian Islamists voiced against the monarchs of Middle East, particularly Gulf States for the promotion of their form of Islam. On its part, Iran established its nexus with Syria, Lebanon, Gaza and those Arab localities having Shia population. Eastern Saudi Arabia, the oil rich areas have Shia population. Then, Iran fully supported Hezbollah during its 34 days war in 2006, Hamas against Al-Fetach, uprising in Bahrain and Syrian regime against insurgency. Indeed, Iran raised an active and popular voice against monarchs in Middle East and particularly GCC. These are the real concerns of Saudi Arabia and other GCC states.

Whereas, the deal over Iran’s nuclear programme and apparent shift of US in the regional politics has raised concerns for the GCC states, the developments are indirectly meant to benefit Israel, a U.S strategic partner in the region. Israel was mostly concerned about a nuclear Iran, as former Iranian President Ahmedinejad publically threatened Israel many a time. A U.S friendly Iran would influence Hizbollah for not opposing and targeting the state of Israel and so would be Hamas in Gaza. NATO and U.S stopped short of attacking the Syrian regime for the obvious reasons.

Indeed, the deal over Iranian nuclear has secured the Israel and created a rift among the Iran and GCC states. Indeed, the strategy is, create rifts among Muslim states, provide weapon to either side and let them fight with each other on various pretexts and later take the role of moderator and decision maker in its (super power) own national interests and for securing their resources and maintaining the global dominance. Should the fifty-seven members’ Islamic bloc have slightest idea of this global strategy, if not keep suffering indefinitely?