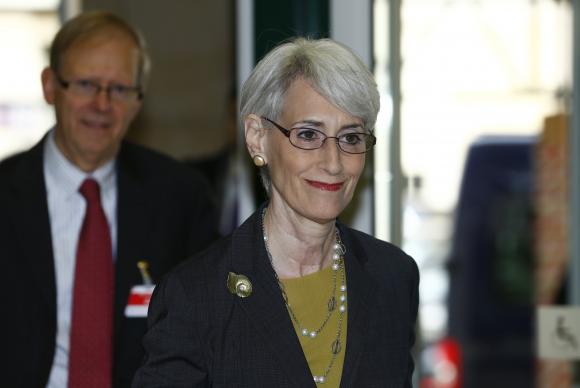 “Recently, Ms Wendy Sherman, the US Under Secretary of State for Political Affairs, has made insulting remarks against the Iranian nation about the distribution of food packages,” Taheri told the Tasnim News Agency on Wednesday.

“By issuing this statement” Taheri said “we want to let her and others know that they do not have the right to interfere in the internal affairs of our country.”

Taheri added that more signatures are expected to be collected and that the statement is planned to be submitted to the parliament’s presiding board to be read out in the Wednesday night session.

Iran’s government has started the distribution of food packages for millions of its citizens to help low-income families and to lower inflation on food.

On Tuesday, Sherman told the US Senate Foreign Relations Committee that the food distribution plan signified how Iranian people directly benefited from the easing of the sanctions against Iran.

She also referred to the Geneva deal between Iran and the six major world powers, saying “We see this as a first step so we don’t consider the gaps that exist loopholes because this is not a final agreement.

“This is not perfect but this does freeze and roll back their program in significant ways and give us time on the clock to in fact negotiate that comprehensive agreement,” she added.

On November 24, 2013, Iran and the Group 5+1 (also known as P5+1 or E3+3) signed a six-month deal on Tehran’s nuclear program in Geneva after several rounds of tight negotiations.

The breakthrough deal, which has come into effect since January 20, stipulates that over the course of six months, Iran and the six countries will draw up a comprehensive nuclear deal which will lead to a lifting of the whole sanctions on Iran.