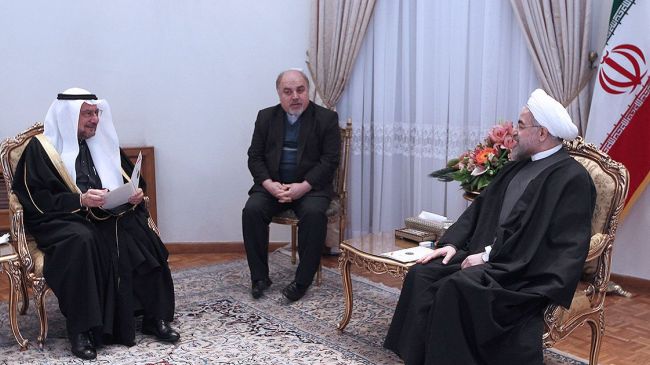 Iranian President Hassan Rouhani has says the prevention of atrocities and massacre of Muslims worldwide is the main duty of the Organization of Islamic Cooperation.

In a meeting with the OIC Secretary General Iyad Ameen Madani in Tehran on Wednesday, Rouhani stated that promotion of all-out ties with Muslim nations, particularly neighboring countries, is among the foreign policy priorities of the incumbent Iranian administration.

“The Muslim world holds great expectations from the OIC. We should join hands and make efforts to satisfy such expectations,” he pointed out.

The Iranian president further pointed to the role that the OIC secretariat can play in facilitating further interaction among influential members of the organization, stating that all OIC member states should actively contribute to decisions being made by the Jeddah-based world body.

Rouhani also made reference to Islamophobia and the extremist moves which serve the interests of the enemies of Islam, calling on the OIC to confront such attempts and present the real image of Islam to the world.

He added that the Organization of Islamic Cooperation must seek to make the voice of Muslims heard, stop insults to the religious beliefs held by Muslim nations and spare no effort to liberate the occupied Palestinian lands.

Madani, for his part, stressed Iran’s significant role in the settlement of the Muslim world disputes.

He added that the OIC needs the backing of all Muslim nations, and it appreciates the Islamic Republic of Iran’s generous support.