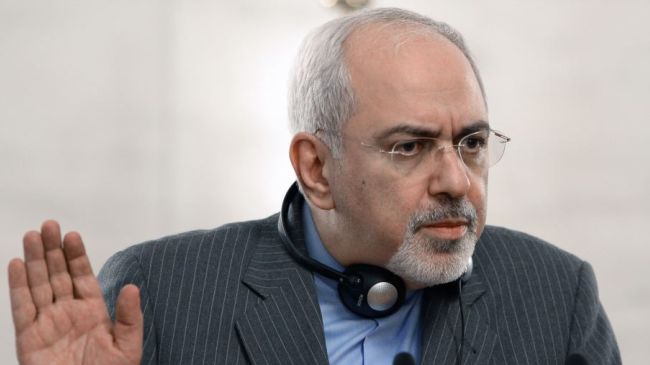 Although the US has lifted some restrictions under a nuclear deal with Iran, US Secretary of State John Kerry stated that they are there to stay. An advisor to Iran’s negotiation team, Kaveh Afrasiabi, told RT that Kerry’s comments do more harm than good.

“Secretary Kerry reiterated the importance of both sides negotiating in good faith and Iran abiding by its commitments,” under the initial agreement, an anonymous State Department official told Reuters on Sunday. “He also made clear that the United States will continue to enforce existing sanctions,” the senior official stated, describing a closed-door meeting between Kerry and Iranian Foreign Minister Mohammad Javad Zarif on the sidelines of the Munich Security Conference.

RT: Is this statement going to affect recently revived relations between Iran and the world powers imposing these sanctions?

Kaveh Afrasiabi: Mr. Kerry’s pressure tactic is a part of this two-prong course of diplomacy, the other prong being raising military threats. And this very dangerous verbal military threat that we saw in President Obama’s State of the Union address is really counter-productive, and it poisons the environment for the coming talks. And you know this may well backfire on the moderate Rouhani administration in Iran as well, which is under scrutiny by the Iranian hardliners.

RT: Should Tehran just ignore Kerry’s words or react? What would you say as a former adviser to Iranian diplomats?

KA: Well, the Geneva agreement went into effect less than two weeks ago and we do not know yet what net effect is in terms of the newly released unsanctioned areas, such as with respect to the shipping insurance companies, or the airplane manufacturers, etc., that cannot export parts to Iran.

And this kind of statements by Secretary Kerry can have crippling effects in terms of deterring those businesses to do trade with Iran. And Iran can respond with a variety of ways.

RT: Surely one going into this meeting is trying to get best out of it, trying to broker some sort of a deal that will lift all sanctions, isn’t it?

KA: Precisely. And I think that reflects some ambiguity on the part of the United States which has traditionally over the past decade or so exploited the ‘Iranian nuclear crisis’ to sell arms to the Arab states in the Persian Gulf, to put pressure on Russia on its Southern flank, as well as to pressure Iran and so on.

And so you know it’s been cries of opportunity for the United States, and I think they have mixed feelings about ending it. And if they are sincere and honest about the next round of negotiations, good faith negotiations, then the US should send the opposite signal in terms of its willingness to lift all the associated sanctions which are mentioned in the concluding part of the Geneva agreement.

RT: But why isn’t Washington doing this? What is it trying to achieve by hitting Iran with words at this point or is it just political posturing?

KA: Well, I suppose that their thinking is that they brought Iran to the table by pressure and they need to escalate the pressure to gain maximum concessions. And US Secretary of State Kerry has been referring to dismantling aspects of the Iranian nuclear program, which is contrary to the Geneva agreement, and which was flatly rejected by the Iranian foreign minister Mohammad Javad Zarif.

So I think that the US’s intention is to go beyond terms of the Geneva agreement, to table new demands by applying this two-prong pressure tactics.

RT: Talks between Tehran and the group of six will resume in just over two weeks? What do you think will come out of those negotiations?

KA: There is a very difficult and bumpy road ahead. And the United States find itself increasingly isolated with the European countries that are part of the negotiations sending the opposite signal of their willingness to ease the sanctions and to reach détente with Iran.

And yet we saw the US rebuffing the UN’s overture toward Iran and Syria and so forth. So much depends of political will in Washington and their willingness to engage in good faith negotiations. And right now we don’t quite see that.