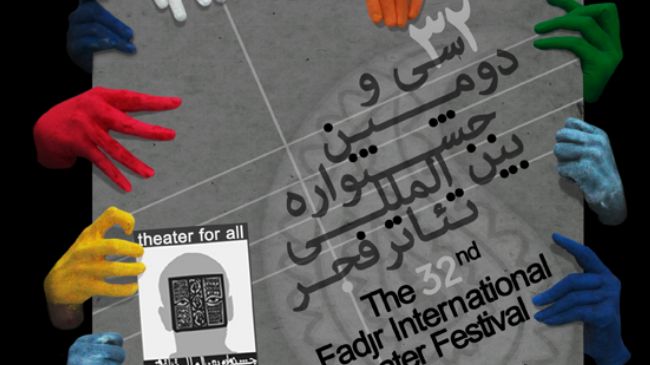 Two weeks ago Iran’s main theater event of the year kicked off. The Fajr International Theater Festival hosted 135 performances from 12 countries. This year’s festival is hosting plays almost all over the country, and the opening ceremony was even held outside of the capital Tehran.

“As Theater in general is not given much support the Kish Free Trade Zone is has requested to host the opening ceremony of the 32nd Fajr Festival, as the new government of prudence and hope has a new outlook towards arts, especially theater,” Tahereh Gayoumi, the Head of Public Relations in Kish Free Trade zone said.

Renowned Actor, Ali Nassirian said, “The Fajr Theater Festival is the most important event in Iran’s theater scene for the year, and those performing in this event are the most talented in Iran.” One of the parts of this festival is street theater, which is the oldest form of theatre in existence.

Artists that want their message to reach the normal public stage there plays out in the open and for free. Many international troupes took part in this event and their performances gave audiences in Iran to get a glimpse of theater outside of their borders. The use of puppets is common in theater and puppets believed to predate actors in theatre.

One of the pioneers of Marionette Opera in the world is Iran’s Behrouz Gharibpour. On stage he had the eastern love story of Leili & Majnun. The Festival came to an end after two weeks in Tehran with an awards ceremony. Amongst all the awards, the best actor’s award event went to Payam Dehkordi from Iran and Nicole Necster from Germany and a special award went to a Norwegian troupe for a play by Henrik Ibsen. Norwegian Actress Juni Dahr took the prize and shared her experiences in Iran to the crowd. In the closing ceremony Iran’s Minister of Culture Ali Jannati said the new art of cinema is taking the lead against theater, and that not enough attention is given to the art of Theater in Iran and that theatre halls are limited. He hoped next year’s festival will be better as this festival was arranged prior to the current administration coming to power. Jannati told a cheering audience, “I hope next year’s Fajr Theater festival will be held in a way this art deserves.”