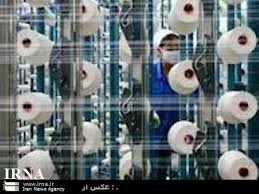 Turkish investors and Iranian businessmen have agreed to launch a joint textile unit in Iran’s central city of Delijan.

Iran and Turkey’s trade volume currently stands at around $30 billion.

The figure is scheduled to reach $100 billion in nine years.

“During the meeting we reached some good agreements to boost bilateral trade ties,” Zanganeh added.

“Each country will form a group to continue the negotiations, so that we can finalize the agreements and sign the memorandums of understanding during the Turkish prime minister’s visit to Tehran,” he added.

Iran and Turkey have set a long- term target of $100 billion for annual trade transactions.

The two countries have always stressed that their short-term annual trade target should be about 30-35 billion dollars.