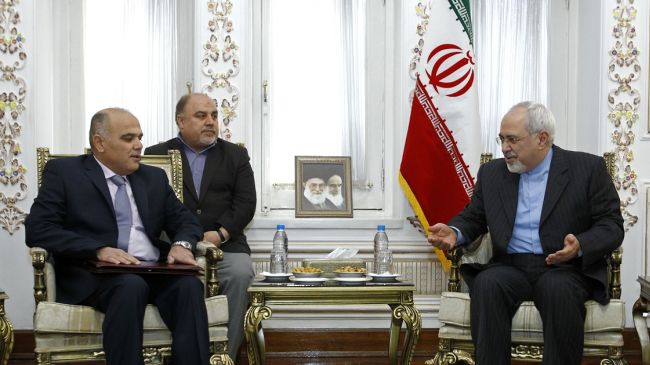 Iranian Foreign Minister Mohammad Javad Zarif has hailed Tunisia’s adoption of a constitution and the appointment of a new government in the North African country.

In a Tuesday meeting with Tunisia’s new Ambassador to Tehran Ghazi Ben Saleh, Zarif welcomed the recent political developments in Tunisia and expressed hope that, “by the stabilization of the political situation, we would witness the mobilization and success of the new Tunisian government in all domestic and international fields.”

He wished success for Tunisia’s new government and voiced Iran’s readiness to develop ties with the African country.

On Sunday, Tunisia’s National Constituent Assembly approved the country’s new constitution with 200 votes in favor, 12 against and four abstentions.

Also pointing to the ongoing crisis in Syria, Zarif underlined the need for an end to the war in the Arab country and said the Syrian people should decide for their future without any foreign interference.

He also said that the Geneva nuclear deal sealed between Iran and six world powers over Tehran’s nuclear energy program is to the benefit of the entire Middle East and said the implementation of the agreement would strip ill-wishers of any pretext to incite crisis in the region.

The Tunisian ambassador, for his part, hoped for better ties between his country and the Islamic Republic and urged Tehran’s support for Tunisia’s period of transition.