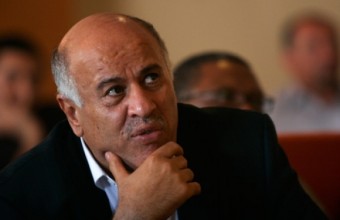 Political and media sources reported that Jibril Rajoub, member of Fatah’s Central Committee, sat down with the Iranian Foreign Minister on Tuesday morning and discussed the recent developments in the Middle East, especially regarding the Palestinian issue.

The sources told PNN that the Rajoub has arrived to Iran’s capital late Monday night in an official visit. This is considered the be first visit for a Palestinian high-ranking official for years. Rajoub will meet with the Iranian Foreign Minister, Deputy Foreign Minister and a number of Iranian officials.

The sources added that al-Rajoub will discuss the latest developments of the Palestinian issue with the Iranian officials.

Rajoub has also visited the Sultanate of Oman, and held several discussions with officials.