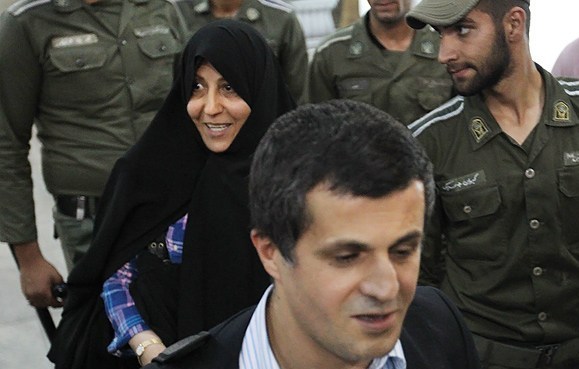 Iran on Saturday handed a daughter of former president Akbar Hashemi Rafsanjani a suspended jail sentence for spreading lies about the authorities, her lawyer told the official IRNA news agency. “The verdict was issued by the court and my client has been sentenced to a six-month suspended jail term,” Vahid Abolmoalayee said. Fatemeh Hashemi’s sentence was suspended for the next two years, said Abolmoalayee, adding that he would appeal against the sentence.

Her trial was held at a branch of Tehran’s revolutionary court on January 18. The media reported that she made comments against the powerful Larijani brothers who head Iran’s legislative and judiciary bodies. Her father is an influential cleric who was president from 1989 to 1997 and is seen as a moderate figure close to the reformist camps. Faezeh Hashemi, another of Rafsanjani’s daughters, was arrested and imprisoned in late 2012 for six months for “propaganda against the regime”.

Her brother, Mehdi Hashemi, was also arrested in 2012 after he returned from abroad. He was later freed on bail. Both Mehdi and Faezeh Hashemi were accused of involvement in 2009 street protests that erupted after Mahmoud Ahmadinejad was given a second presidential term in an election the opposition said was marked by fraud.