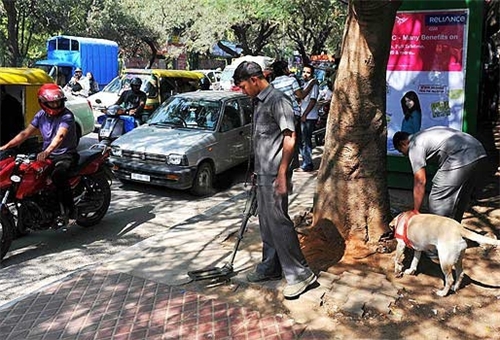 Boehner: US should help Iraq in anti-terror fight

WASHINGTON (AP) — House Speaker John Boehnersaid Thursday that the United States should provide more equipment and other aid to the Iraqi government in its battle against al-Qaida militants, but he ruled out a reintroduction of U.S. troops for now.

The Republican leader said President Barack Obama must get more involved in helping Iraq as it seeks to reclaim two cities, Fallujah and Ramadi, overrun by al-Qaida fighters. Boehner said the U.S. has a vital national interest in Iraq and warned that the progress made by American forces before troops were withdrawn after nine years of war is being threatened.

“I think the president himself ought to take a more active role in dealing with the issues in Iraq,” Boehner, R-Ohio, told reporters at his weekly news conference. “Secondly, we need to get equipment to the Iraqis and other services that would help them battle this counterterrorism effort that they’re attempting to do. There are things that we can do to help the Iraqis that do not involve putting U.S. troops on the ground.”

Pressed on whether he thought U.S. troops should be sent back to Iraq, Boehner said he didn’t think “that is called for at this point in time.”

The Obama administration has ruled out sending American troops back in, but has been delivering missiles to help bolster Iraqi forces, and more are on the way.

Boehner did not specify what aid the U.S. should provide, but his office cited the sale of military equipment that Sen. Bob Menendez, D-N.J., has been blocking for months.

Congressional aides said Menendez, chairman of the Senate Foreign Relations Committee, has been holding up the sale of Apache helicopters and other equipment to Iraq because of concerns the Iraqi government could use the materiel for internal crackdowns instead of national defense.

Menendez and other senators also have been demanding that Iraq exert tighter control over its airspace to prevent Iran from sending war goods to Syrian President Bashar Assad’s government.

The standoff has continued even after Iraqi President Nouri al-Maliki visited key legislators in Washington in late October. The aides spoke on condition of anonymity because they weren’t authorized to speak publicly on the matter.

Menendez has been seeking answers from the State and Defense departments on Iraq’s plans for the helicopters as well as its control of airspace before allowing the sale and lease of the helicopters and other equipment.

“The administration is now addressing concerns first raised in July that required responses before this sale could proceed. Provided these issues are sufficiently addressed, Chairman Menendez will be ready to move forward,” Adam Sharon, a spokesman for the committee, said Thursday.

Menendez also received a personal letter from al-Maliki last week in which he responded to concerns raised by the committee chairman at the October meeting.

State Department spokeswoman Jen Psaki said the administration is working with Congress on getting helicopters to Iraq.

In a speech on the Senate floor, Sen. Carl Levin, D-Mich., chairman of the Armed Services Committee, echoed Menendez’ concerns, highlighting doubts among some in Congress about al-Maliki’s leadership.

Levin spoke of the need for “credible assurances” that Iraq would use the weapons against violent extremists and not deploy them for sectarian political objectives.

In Senate speeches, Republican Sens. John McCain and Lindsey Graham criticized Obama’s handling of Iraq and inability to work out an agreement with Iraq to leave a residual U.S. force in the country.

Levin said military leaders supported the decision in the absence of legal protections for U.S. troops.

At his news conference, Boehner complained that Obama had delegated responsibilities for Iraq to Vice President Joe Biden and criticized the administration for failing to deliver on the status-of-forces agreement that would have left a residual U.S. force in Iraq.

American troops left Iraq in December 2011 as required under a 2008 security agreement worked out by former President George W. Bush. Both countries tried but failed to negotiate plans to keep at least several thousand U.S. forces in Iraq beyond the deadline to maintain security.

Al-Maliki’s government refused to let U.S. forces remain in Iraq with legal immunity that the Obama administration insisted was necessary to protect troops. Obama had campaigned on ending the nearly nine-year war in Iraq and took the opportunity offered by the legal dispute to pull all troops out.