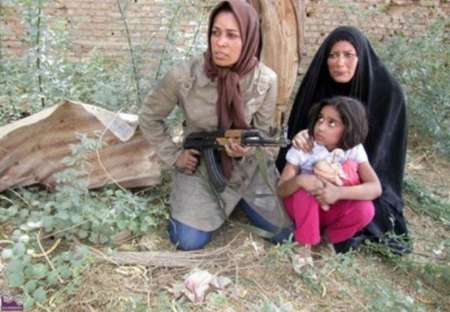 Daryoush Qazvani’s short film Hannaneh was chosen as the festival’s best film in the Thursday night closing ceremony of the Third Eye Festival.

The other Iranian praised film in the short films section of the Indian festival was Ali Asghari’s ‘More than Two Hours’, which received the jury’s plaque of honor along with to Indian films as their special choices.

The six-day Asian film festival was the scene for artistic competitions among cinematographers of such countries as Iran, Japan, Korea, Sri Lanka, Taiwan, India, Turkey, China and dozens of other Asian countries, and its jurors included Azar Faramarzi from Iran, who judged the works jointly with a Sri Lankan and an Indian jury member.

The Indian Secretary of the Asian Film Festival, D. Shantram, in the closing ceremony of the event praised the successful presence of the Iranian films, as well as the presence of an Iranian jury member, which added to the artistic richness of the event.

“The presence of the Iranian films in film festivals add to the artistic richness of those events and the pride of them, such as this Asian Film Festival,” he said,

The head of Iran Culture House in Mumbai who received the festival’s top short film prize on behalf of the director of Hannaneh congratulated the Iranian cinema’s success in an interview with IRNA.

Mahdi Hassankhani said that the Iranian films are noble and value-oriented, adding that they play an influential role in expansion of Iran’s cultural relations with world nations.

The Iranian jury member of the 12th Third Eye Asian Films Festival, too, told IRNA that high level works were presented in this year’s festival.

“Ten films from Iran competed in this year’s festival and they were good films, as it is evident from the festival’s first prize for an Iranian film in sort films section of the event,” said Azar Faramarzi.

She said that Mumbai’s Third Eye Festival is among the reputable Asian film festivals as mighty cinematographers from across Asia attend it.

The cinema industry is a major economic resource for India and the country sponsors dozens of film festivals each year.

The Indian cinema industry, famous as Bolywood, produces over 1,100 films annually, which is the highest quantity of films production among the countries working in the field.