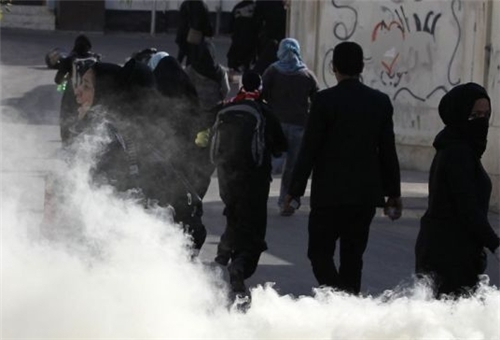 Security forces in Bahrain have attacked anti-regime protesters in a village west of the capital, Manama, wounding two people.

The Al Khalifa regime has confirmed the incident, which happened in the village of Marakh on Thursday. There has been no word on the condition of the two wounded men.

Also on Thursday, Bahraini regime forces arrested Shia cleric Sayyed Mahmud al-Moussawi after storming his house in Bani Jamrah, a village in the northwest of the country.

On Wednesday, the Bahraini regime announced that the so-called national dialog with opposition leaders had been suspended.

According to the Bahrain News Agency, the talks were halted after the opposition said in September 2013 that it would not participate in the talks.

The opposition’s decision came after the detention of Khalil al-Marzooq, the spokesman for the al-Wefaq National Islamic Society – Bahrain’s main opposition group.

Bahrainis have been staging demonstrations since mid-February 2011, calling for political reforms and a constitutional monarchy, a demand that later changed to an outright call for the ouster of the Al Khalifa family following its brutal crackdown on popular protests.

Dozens of people have been killed in the crackdown, and security forces have arrested hundreds, including doctors and nurses.