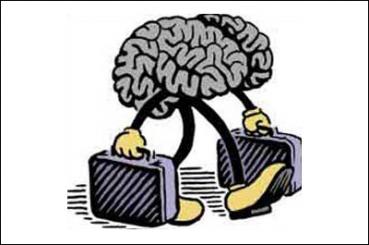 TEHRAN, Jan. 8 (MNA) – Every year, about 150,000 highly talented people emigrate from Iran, and this is equivalent to an annual loss of 150 billion dollars for the country, Iranian Minister of Science, Research and Technology Reza Faraji Dana said on Tuesday.

In a situation where the budget for running the government is 1.95 quadrillion rials (about $78.4 billion), Iran gives “150 billion dollars in assistance to other countries” through the brain drain, Faraji Dana said in a speech at a ceremony arranged to honor the winners of the 18th Scientific Olympiad of Students at Tarbiat Modares University in Tehran.

According to estimates of the 1990s, the training of each talented person costs the country about 1 million dollars, he added.

He went on to say that Iran is not opposed to the idea of students going abroad for academic studies, but it is perceptible how much Iran will suffer financially if these people do not return due to a lack of proper conditions at home.

Thus, it is essential that proper conditions are provided for the return of experts to the country, the Iranian science minister observed.

Faraji Dana cited China as a good example since it has succeeded in luring its educated people back to the country.

Elsewhere in his remarks, the Iranian science minister said the society is witnessing discrimination between talented people and sportsmen in terms of financial reward.

This discrimination between an athlete who has won a medal and a young person who has made a scientific invention cannot “remain concealed from the sharp eyes of talented people,” Faraji Dana stated.