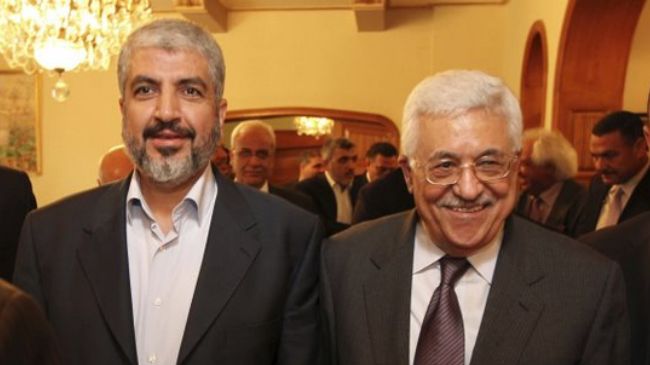 On Tuesday, Mohamed Shtayyeh, a senior Fatah official, announced that he and Azzam al-Ahmed, another top Fatah member, met with Khaled Mashaal, the political bureau chief of Hamas, two weeks ago in Doha, Qatar, and discussed ways of achieving reconciliation between the two Palestinian factions.

The announcement came a day after Hamas Prime Minister Ismail Haniyeh said that members of Fatah can return to the Gaza Strip.

“The [Hamas] government will allow all Fatah members who are from Gaza and who left the Strip [in 2007] to return, without any preconditions,” Haniyeh said Monday.

He also described the move as a bid to promote Palestinian “reconciliation,” saying, “We have promised our people to take decisions that would reinforce the internal [Palestinian] front and pave the way for reconciliation.”

In 2011, Palestinian factions of Fatah and Hamas signed a reconciliation accord to form a transitional unity government, which was supposed to pave the way for legislative elections before the end of May 2012. However, the process failed and is yet to be implemented.

On January 17, 2013, the two rival Palestinian factions agreed, in the Egyptian capital Cairo, to revive consultations over the deal.

Hamas and Fatah have been at odds since the former won the Palestinian parliamentary elections in January 2006.

Israel reacted to the victory by imposing a blockade on the Gaza Strip, ruled by Hamas. Fatah, however, set up headquarters in the occupied Palestinian territory of the West Bank.