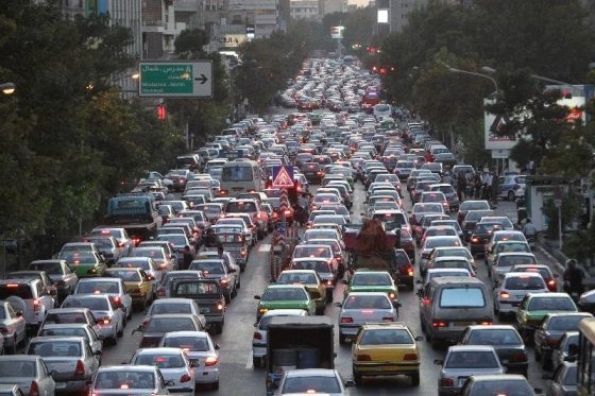 Hossein Mehravaran said noise from road and railway traffic, airplanes, and industrial units are measured based on a unit known as a decibel (dB), ISNA reported.

The human ear can detect from 0-120 dB, he said, adding according to the High Council of Department of the Environment, noise in a residential area should not exceed 55 dB during the day and be within 45 dB at night.

He noted that the figures are almost similar in various countries, noting noise pollution higher than permitted limit of 55 dB is beyond standard.

The official said that 45 stations evaluate noise pollution of Tehran, adding if the sound pollution exceeds 70 dB, the city will face a crisis.

Mehravaran said that construction of the noise barrier is the main strategy which can be adopted to resolve the problem.

He noted that using double-hung windows and reducing traffic jams are among the other solutions for the problem.

“The projects to construction noise barriers in Chamran, Hakim, and Modarres highways of Tehran have been launched,” he said, noting a number of prerequisites must be met to build the barriers.

He said the central part of the city with huge traffic jams, encompassing districts 10, 11 and 12, is the most noise polluted area of Tehran.

The official said studies show Tehransar and the neighborhood close to Mehrabad Airport are affected by the noise pollution created by aircraft traffic.

Yousef Rashidi, the head of Air Quality Control Company, said in Dec. that about 76 percent of medical centers and 32 percent of educational centers are located in areas with high noise pollution level in Tehran.

He noted different districts of Tehran have been marked in terms of noise pollution levels, ranging from areas with the lowest to those with the highest level.

“About 330 medical centers and 1,326 educational centers have been situated in districts with a high level of noise pollution according to this demarcation,” he said, adding that noise pollution in these areas exceeds the standard level, which can endanger the health of residents.