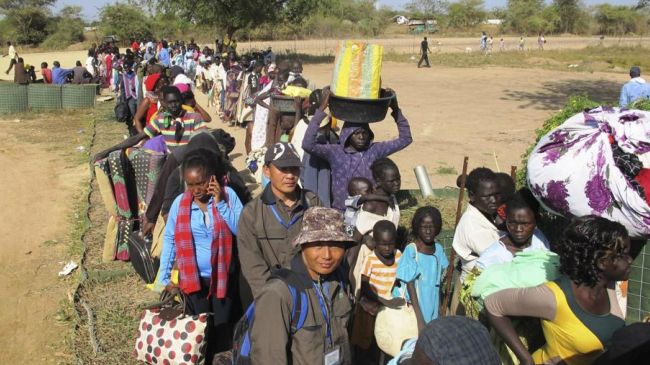 WHO warns of growing risk of disease in South Sudan

The World Health Organization has warned of a growing risk of disease outbreaks in the troubled South Sudan, amid ongoing violence in the world’s youngest nation.

The WHO says there is a shortage of healthcare workers in refugee camps, as many people have been fleeing their homes in areas hit by violence.

WHO officials say there is a looming risk of disease outbreaks especially for water borne diseases across the improvised country.

“The poor water, sanitation and hygiene conditions in the camps, coupled with a shortage of health workers [and] healthcare providers, pose health risks to thousands of displaced persons in the UN camp bases,” media outlets quoted Dr. Abdi Aden Mohamed, the WHO Country Representative in South Sudan as saying.

The organization estimates that over a 190,000 people have been displaced since the deadly violence began in mid-December.

Meanwhile, rebels in South Sudan seize control of the strategic capital of the restive state of Jonglei. The city’s mayor says Bor is now in the hands of forces loyal to rebel leader Riek Machar, after government troops made a tactical withdrawal.

The two sides have been fighting over the city since Tuesday.

The fighting came despite an earlier agreement by the warring parties to begin peace talks in the neighboring Ethiopia in a bid to end the deadly violence there.

Although, Machar has rejected face-to-face talks with President Salva Kiir and has sent his representatives to Addis Ababa.

The unrest began when the South Sudanese government accused fugitive former Vice President Machar of planning a coup, a charge he strongly denies.