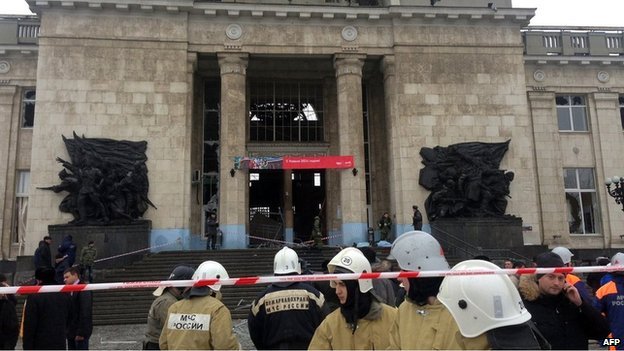 HONOLULU (AP) — The White House says the United States would welcome “closer cooperation” with Russia on security preparations for the Winter Olympics following a pair of deadly attacks that sparked fears about the terrorism threat at the February Games.

“The U.S. government has offered our full support to the Russian government in security preparations for the Sochi Olympic Games,” White House spokeswoman Caitlin Hayden said Monday. “We would welcome the opportunity for closer cooperation for the safety of the athletes, spectators and other participants.”

Officials say that while Russia will be responsible for overall security at the Games, U.S. personnel will be in the country in what the Obama administration is calling “liaison roles.” The effort will be headed by the State Department’s Bureau of Diplomatic Security, which typically assists host nations during events where a large number of Americans will be present. Diplomatic security agents will work with Russian security and law enforcement officials.

While the U.S. and Russia had already been in contact about security, the back-to-back attacks in the southern city of Volgograd have highlighted the terrorist threat Russia faces as it prepares to host the Winter Games in February. At least 31 people were killed in the separate explosions at a railway station and on a bus in Volgograd, which lies about 400 miles away from the site of the 2014 Winter Olympics.

The State Department on Monday urged Americans planning to attend the Olympics to remain alert at all times.

“Major events such as the Olympic games are an opportunity for thieves or for other folks who want to cause mischief,” State Department spokeswoman Marie Harf said. “Threats have been made against the Olympic games and acts of terrorism, including bombings, continue to occur in Russia.”

White House officials said President Barack Obama had been briefed on the attacks while on vacation in his home state of Hawaii. The White House has condemned the attacks and offered condolences to those injured and the families of those killed.

The upcoming Olympics have highlighted the complicated relationship between the U.S. and Russia. The two countries are necessary partners on an array on foreign policy matters, including Iranian nuclear negotiations and the effort to strip Syria of its chemical weapons stockpiles. Officials say counterterrorism cooperation between the U.S. and Russia has also increased following the April Boston Marathon bombing, which was believed to have been carried out by two brothers with ties to Russia’s volatile Caucasus region. And Pentagon spokesman Col. Steve Warren made a point of stressing Monday that the military-to-military relationship between the two countries “is as good as it’s ever been.”