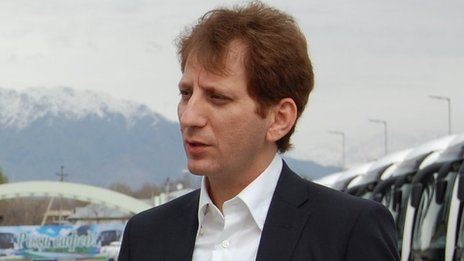 In September, Iran’s parliament began investigating his business dealings after he was accused of withholding $1.9bn (£1.2bn) of oil revenue meant to be channelled through his companies.

Mr Zanjani, who claims he is worth $13.5bn, has denied the allegation.

The US and the EU have both blacklisted him for helping Iran’s government and several firms evade an oil embargo.

The US and the EU have imposed crippling sanctions on Iran’s oil industry since 2012 as part of a drive by the international community to put pressure on the government in Tehran over its controversial nuclear programme.

Mr Mohseni-Ezhei did not provide any further details about the case, but Irna said it was related to “financial crimes”.

Mr Zanjani has acknowledged that since 2010 he has used a web of more than 60 companies based in the UAE, Turkey and Malaysia to sell millions of barrels of Iranian oil on behalf of the government, generating $17.5bn of desperately needed revenue.

After being accused of withholding money earlier this year, Mr Zanjani said that he had already transferred $700m, but that the international sanctions were preventing him from handing over the remaining $1.2bn.

“I will pay it back if they give me an account number tomorrow that accepts up to 1bn euros,” he was quoted as saying in an interview with an Iranian magazine. “How can I transfer the money when the oil ministry and the central bank are under sanctions? We also are not able to transfer the money, but the money is in the account.”

Last week, the Central Bank of Iran said Mr Zanjani had not transferred the outstanding amount.

Earlier this month, Mr Zanjani was also forced to deny any involvement in a major corruption scandal in neighbouring Turkey.

An Azeri businessman and gold dealer, Reza Zarrab, has been accused of bribing ministers to cover up a deal that allegedly saw Iran sell oil and gas to Turkey in return for cash that was then converted into gold by a Turkish bank and exported to Tehran, often via Dubai.