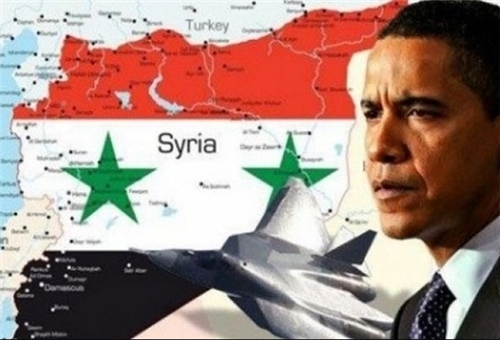 TEHRAN (FNA)- Actions of the US President Barrack Obama during the future Syrian peace talks would be a good measure for evaluating his honesty when he says he wants peace for the Syrian people, the western media said.

“Obama will have to prove via action that he is sincere in peace talks. It’s entirely possible that the peace talks are a mere tactic intended to engage in a more strategic war,” Shamus Cooke wrote in an article on Workers Compass.

He said that may be the real cause behind the negotiations is to put unrealistic demands in front of the Syrian government to drag the talks to failure and then sell it as a better excuse than chemical weapons to American people for commencing another war.

“Identifying such a provocative proposal will be easy; the purpose of such peace negotiations would be to copy the conditions on the battlefield and paste them to a peace treaty; the side winning the war wins the peace.”

Cooke added that as the Syrian government is dominant in most ereas of the battleground, it is highly motivated to bring the peace talks to a concrete conclusion. But if Barrack Obama again insists on removal of al-Assad, it would be an obvious hindering measure for ruining the peace process.

He said that if Obama is serious about the talks, he should persuade his regional allies to do what is necessary for peace, including cutting the aids to Sunni extremist fighters whose aim is to topple al-Assad’s government.

As the foreign-backed insurgency in Syria continues without an end in sight, the US government, along with Saudi Arabia, Qatar and Turkey, has boosted its political and military support to Takfiri extremists.