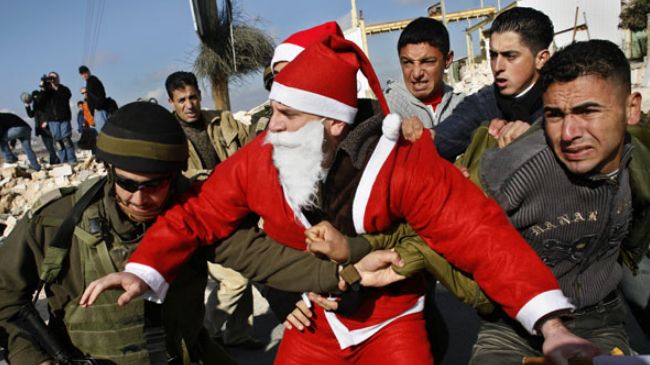 The Israeli regime’s illegal settlement activities in the occupied West Bank and the siege on the Gaza Strip have marred New Year celebrations for Christian Palestinians, Press TV reports.

Thousands of people were prevented from attending the New Year celebrations in the city of Bethlehem in the occupied West Bank due to the blockade as well as the illegal settlement activities.

The city is home to the Church of Nativity — a place many Christians consider as holy.

This comes while Israeli forces do not permit foreigners to enter the city and interrogate them.

Gaza has been blockaded since June 2007, a situation that has caused a decline in the standard of living, unprecedented levels of unemployment, and unrelenting poverty.

Israel denies about 1.7 million people in Gaza their basic rights, such as freedom of movement, jobs that pay proper wages, and adequate healthcare and education.

Furthermore, the presence and continued expansion of Israeli settlements in occupied Palestine has been a major stumbling block to efforts aimed at establishing peace in the Middle East.