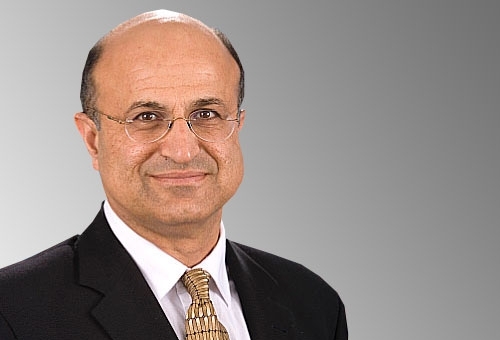 TEHRAN (FNA)- Prominent Iranian university professor and author Prof. Nader Bagherzadeh believes that the United States and its European partners should try to win the lost confidence of the Iranian people and government, and treat Iran’s nuclear case equally with all the world nations that are developing nuclear energy for peaceful purposes.

Prof. Nader Bagherzadeh also says that with the removal of the cruel anti-Iran sanctions following the implementation of the Geneva interim agreement and the final comprehensive deal between Tehran and the six world powers, Iran’s economy will considerably grow and make progress.

“If the final agreement is completed and ratified, without sacrificing Iran’s rights as a sovereign nation to pursue all aspects of a peaceful nuclear industry, Iran’s economy will expand faster than ever, because of it tremendous potential in natural and human resources,” said Prof. Bagherzadeh in an interview with the Fars News Agency.

Nader Bagherzaeh is a professor of electrical engineering and computer science at the Henry Samueli School of Engineering, University of California, Irvine. He regularly writes and lectures on the broad aspects of Iran’s nuclear program. Prof. Bagherzadeh’s political commentaries have appeared on different international publications.

What follows is the text of FNA’s interview with Prof. Nader Bagherzadeh about the recent nuclear deal between Iran and the P5+1 in Geneva and the future of Iran’s nuclear program.

Q: What do you think about the importance of the recent nuclear deal between Iran and the six world powers? The agreement is seen in Iran as a diplomatic victory since it both secures Iran’s sovereign right to enrich uranium for peaceful purposes, and also has won Iran respite from some of the sanctions. What factors, in your view, have contributed to this successful deal?

There are several caveats with regard to this agreement. First, for the first time in more than 30 year, Iran and the US are talking at the highest level of the two governments. This is unprecedented, given that President Bush was referring to Iran as a member of the Axis of Evil. Secondly, the most difficult issue between the US and Iran is the nuclear issue and there is a “potential” for resolving it at the final stage, after this groundbreaking preliminary stage agreement. Finally, judging from recent news regarding the Iranian economy, even in such a short period of time with such modest sanction reductions, it will revitalize an economy that has been paralyzed by these existing draconian sanctions.

The most important factors have been President Rouhani and his team led by Mr. Zarif. Mr. Rouhani has been focused on his management of this issue. He said that from his point of view the nuclear debacle is the most important issue to tackle; I agree with him. He then appointed the best politician for handling this case, Mr. Zarif; he was on my top three list for this task. Finally, he clarified Iran’s position clearly on issues that demonized Iran in the eyes of the world namely: Holocaust and attacking Israel to wipe them off the map.

Q: One of the conditions which the United States and the European Union have agreed to in the Geneva interim accord is that they will stop imposing further unilateral sanctions on Iran. This is while still a number of hawkish Republicans in the US Congress are calling for the imposition of new sanctions. How should the United States and the European Union deal with these extremist elements and convince them that new sanctions will extinguish the whole agreement which was struck after days of intense negotiations?

A: Many in the US Congress, Republicans and Democrats, have views in line with the prime minister of Israel, Netanyahu, which is zero enrichment on the Iranian soil. Because of the influence that Israel and its lobby have on the reelection funds for Members of Congress, it would be difficult for me to imagine that anything can be done to prevent them from seeking additional sanctions to prevent Iran from lawful enrichment work. All President Obama can do probably is to ask them that if they pass any additional sanctions, they should go into effect in six months from the time Geneva Agreement was signed.

Q: Since President Rouhani took office last summer, he pledged to adopt confidence-building measures so as to alleviate international concerns over Iran’s nuclear activities. The recent accord between Iran and the six world powers included important steps which Iran will take to build up confidence among the United States and its allies. What should the other side do in order to win the Iranians’ trust? Iranian officials have frequently stated that Iranian people do not trust the West. How should this mistrust turn into mutual trust?

A: The only way to build this trust is to apply universal international agreements and treaties governing sovereign nations equally and without any prejudice, when dealing with Iran Permanent Security Council members taking advantage of their positions in the UNSC in order to push unlawful sanctions against Iran is a clear indicator of creating an atmosphere that lacks trust in the eyes of the Iranian people and government.

Q: It’s said that during the 6 months of the implementation of interim accord between Iran and the P5+1, new talks will be held between the two sides for the realization of a comprehensive solution that will lead to the complete removal of the anti-Iran sanctions. How can such a deal be achieved? How should Iran approach the new talks so as to convince the world powers that the sanctions should be lifted completely?

A: The two sides are far apart on the final agreement. US wants Iran to dismantle most of the centrifuges and bring down the annual enrichment level to something close to a “Mickey Mouse” enrichment capability using only 60 years old IR1 centrifuges with no more than a few hundred units at most. Iran’s position, judging from the comments of Mr. Zarif and President Rouhani, is very different from this. Iran will not accept dismantling and would not limit itself to very limited types and number of centrifuges, at least not for the long term. The word “dismantle” could be redefined and there could be a position that both sides may agree on, but at this juncture, I don’t see it happening.

Q: The nuclear agreement between Iran and the six world powers has caused some concerns among the Arab states of the Persian Gulf. What’s the root cause of their concern? High-ranking Iranian officials have reaffirmed that the nuclear deal will contribute to the security and stability in the region. How should Iran make its Arab neighbors believe that the deal will not harm them?

A: Iran should convey to them that Iran’s military doctrine does not include any offensive posture from the Iranian side and on the contrary, Iran is willing to work with these Persian Gulf countries for a regional security agreement.

Q: How can the recent interim deal and the final comprehensive settlement contribute to the bolstering and solidification of Iran’s foreign relations, especially with the European nations? Some European oil companies and automobile manufacturers have already voiced their readiness to return to Iran’s market. Is this a promising sign for the future of Iran’s business and financial ties with the West?

A: If the final agreement is completed and ratified, without sacrificing Iran’s rights as a sovereign nation to pursue all aspects of a peaceful nuclear industry, Iran’s economy will expand faster than ever, because of its tremendous potential in natural and human resources.

Q: Some analysts believe that more international attention will be put on Israel’s underground nuclear activities once the dispute over Iran’s nuclear program is settled. What do you think about Israel’s military nuclear program and the fact that it refuses to join the Nuclear Non-Proliferation Treaty (NPT)?

A: No, I don’t think there is any chance of that. The US is vehemently against that position and will use all its power to prevent that from happening. As we have seen in the past, non-proliferation conferences that were proposed to discuss Israel’s nuclear weapons later on were cancelled with the relentless pressure from the US.