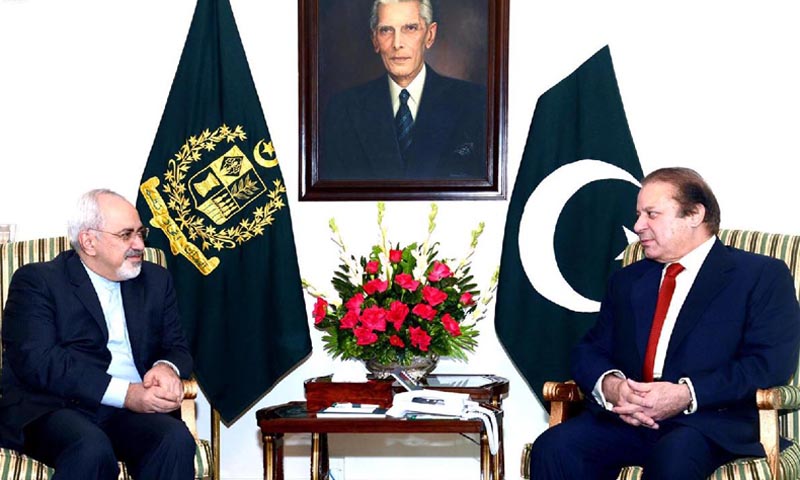 ISLAMABAD: Iran on Thursday vowed to support Pakistan government’s efforts for eliminating terrorism from the country.

The commitment was conveyed to Prime Minister Nawaz Sharif in a meeting with visiting Iranian Foreign Minister Javad Zarif, who had called on him.

Pakistan and Iran have a history of mutual security concerns, which partially eased after the execution of Jundullah leader Abdol Malek Rigi in 2010. However, the concerns were revived in October this year after a cross-border attack on Iranian security personnel by terrorists belonging to Jaish-ul-Adl in the border region of Saravan in Iran’s southeastern province of Sistan-Baluchestan.

Pakistan and Iran, who have a bilateral security agreement, launched a joint investigation into the incident afterwards.

“We will enhance bilateral cooperation and make it stronger,” Mr Zarif said.

Meanwhile, the Thursday interaction on the sidelines of D-8 Council of Ministers meeting was one of the rare occasions when the Iranian and Pakistani leaders did not discuss Iran-Pakistan pipeline project.

Iran had last week cancelled its $500 million financing facility for the gas pipeline.

Mr Zarif quoted Afghan President Hamid Karzai as having said that matters on reconciliation with the Taliban were moving in the right direction because of Pakistani support.

Mr Sharif said his government placed strong emphasis on friendly and good-neighbourly relations with all neighbouring countries including Afghanistan, India and Iran.