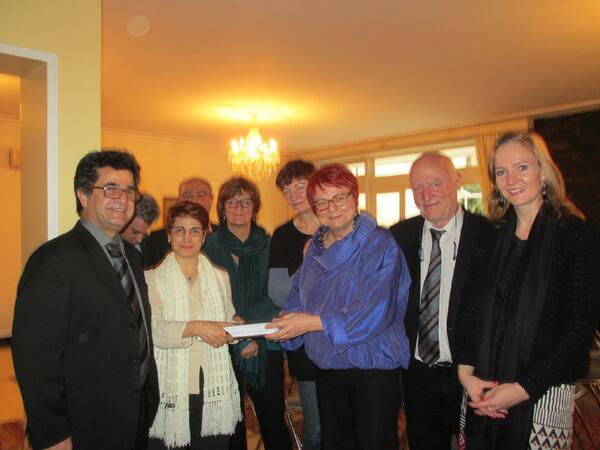 The Iran Project- A  delegation from the European parliament has traveled to Tehran  for a six-day visit  to meet with Iranian lawmakers and officials including a group of female MPs, representatives of nongovernmental organisations, and human rights activists.

The aim of this visit, which began on Thursday, is to strengthen relations.

It was the first such visit to Iran in six years.

The EU delegation has met with filmmaker Jafar Panahi and lawyer Nasrin Sotoudeh, the 2012 winners of the EU’s Sakharov prize for human rights on Friday at embassy of Greece in Tehran, Shargh quoted Fars News Agency as saying.

The EU delegation is also set to meet the country’s Foreign Minister, Mohammad- Javad Zarif, and the Honourary Chairman of the Expediency Council, Hashemi Rafsanjani, during their visit.

They will leave Tehran on Wednesday morning.