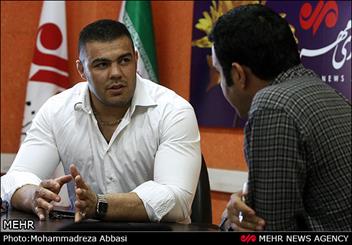 Ali Akbari has been stripped of the gold medal he won at the 2013 Wrestling World Championships held in Budapest, Hungary in September.

He had been ordered to return his gold medal which would now be awarded to Estonian silver-medalist wrestler Heiki Nabi.

Turkish wrestler R?za Kayaalp upgraded to the silver medal and Swedish Johan Euren was raised to third and took the bronze medal.

According to the international wrestling association FILA, Aziz Ali Akbar received lifetime periods of ineligibility as the result of their anti-doping rule violations.