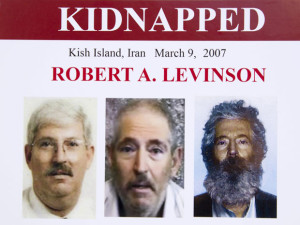 After 6 years, US officials confess to their spy in Iran

Nasim—After Six years, US officials admitted that the American who went missing in Iran six years ago was working for the CIA and was not in the country on a business trip.

In a case that had long been shrouded in secrecy, the Associated Press and The Washington Post published lengthy reports revealing how retired FBI agent Robert Levinson had been paid by the CIA to gather intelligence.

Levinson flew to an Iranian resort, Kish Island, in March 2007 to gathering information about Tehran’s nuclear program but he vanished, and US officials have publicly said that he was a private citizen traveling on private business.

“We have no comment on any purported affiliation between Mr. Levinson and the US government,” said CIA spokesman Todd Ebitz. “The US government remains committed to bringing him home safely to his family.”

“We regret that the AP would choose to run a story that does nothing to further the cause of bringing him home. The investigation into Mr Levinson’s disappearance continues, and we all remain committed to finding him and bringing him home safely to his family,” the White House condemned the publish of this report.