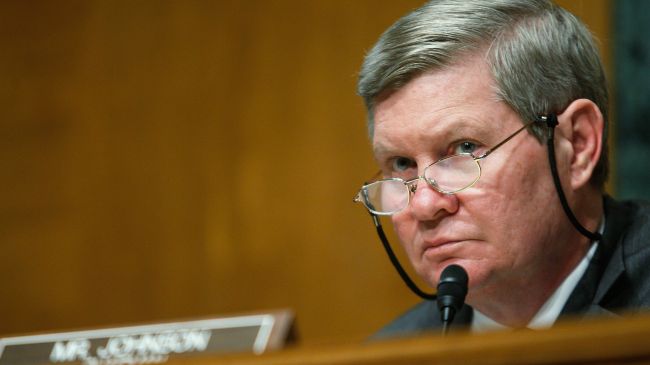 (Reuters) – President Barack Obama’s campaign for Congress to hold off on new sanctions over Iran’s nuclear program won a key endorsement on Thursday when the chairman of the U.S. Senate Banking Committee rejected tightening measures against Iran now.

Senator Tim Johnson, a Democrat, said he agrees with the Obama administration that such legislation could disrupt delicate negotiations seeking to curb Iran’s nuclear program. The Banking Committee oversees sanctions legislation in the Senate.

“We should not do anything counterproductive that might shatter Western unity on this issue,” Johnson said at a hearing.

“We should make sure that if the talks fail, it was Iran that caused their failure. We should not give Iran, the P5+1 countries or other nations a pretext to lay responsibility for their collapse on us,” he said.

Iran’s foreign minister also has said a new sanctions law would kill the interim agreement reached in Geneva on November 24. In that agreement, Tehran agreed to limit uranium enrichment in return for an easing of international sanctions.

The administration’s push to hold off on sanctions gained further momentum when other senators – including senior Republicans – said they did not expect action now.

“I realized we’re sort of going through a rope-a-dope here in the Senate and that we’re not actually going to do anything,” said Senator Bob Corker, the top Republican on the Foreign Relations Committee and a member of the Banking panel.

Underscoring the administration’s insistence that it is not backing down on Iran, the U.S. Treasury Department announced shortly before the Banking Committee hearing that it had blacklisted several companies and individuals for supporting Iran’s nuclear program.

The P5+1 powers who negotiated the interim deal on Iran’s nuclear program – Britain,China, France, Germany, Russia and the United States – are continuing negotiations with a goal of reaching a comprehensive final deal in six months.

Johnson also said he and Senator Mike Crapo, the top Republican on the Banking panel, had crafted a new sanctions bill, not to pass now, but to be put into effect if Iran does not comply with the Geneva agreement or negotiations collapse.

“I am holding back … simply because of the administration’s request,” Crapo told reporters after the hearing.

Crapo said he believed in strong sanctions but had not decided how he would vote if a group of more hawkish senators led by Democrat Robert Menendez and Republican Mark Kirk pursued a plan to introduce sanctions legislation without going through the Banking Committee.

Menendez said at the banking hearing that he remained deeply skeptical about Iran and said the Senate might need to pass a resolution spelling out what it sees as terms of an acceptable final agreement with Iran.

The Obama administration is eager to remind companies hoping for an opening to do business with Iran that sanctions that have crippled the country’s economy remain in place.

“We are very actively dissuading international oil companies and others who think that now may be a time to test the waters in Iran,” David Cohen, undersecretary for terrorism and financial intelligence for the Treasury Department, said at the hearing.

Treasury Secretary Jack Lew met recently with more than 100 bank chief executives and other business leaders to give that message, he said.