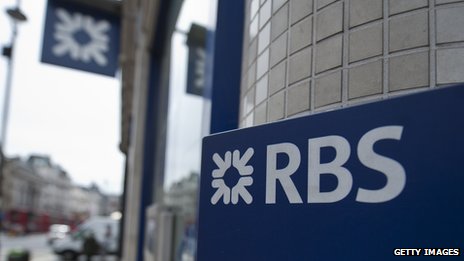 RBS fined $100m by US for Iran sanctions violations

Royal Bank of Scotland has been fined $100m (£61m, 73m euros) by US regulators for violating US sanctions against Iran, Sudan, Burma, and Cuba.

The settlement follows from a 2010 internal investigation by RBS into its historical US dollar payment processes and controls.

The violations took place between 2005-09, the US Treasury said.

In a statement, RBS said it “acknowledges and deeply regrets these failings”.

RBS found that bank procedures removed location information on payments made to US financial institutions from countries such as Iran and Cuba.

Bank procedures “instructed employees to list the actual name of the Iranian financial institution rather than the Bank Identifier Code in the beneficiary bank field of the payment instructions,” according to regulators.

This prevented information about the banks from being included in cover letters and forms sent to US clearing banks.

Those institutions then processed the payments, in violation of US sanctions.

Furthermore, according to the New York Division of Financial Services, RBS employees in the UK “received written instructions containing a step-by-step guide on how to create and route US dollar payment messages involving sanctioned entities through the United States to avoid detection”.

In total, more than 3,500 transactions, totalling approximately $523m, were routed through New York banks in violation of US sanctions.

The bank entered into agreements with the Federal Reserve, Treasury Department and New York State Department of Financial Services.

“We will continue to take aggressive action against those who would flout our law,” said Under Secretary for Terrorism and Financial Intelligence David S Cohen.

As part of its investigation, RBS bulked up its compliance workforce by 730 employees since 2011, bringing the total worldwide to 1,700.

It also instituted compulsory compliance training for all of its 120,300 employees.

Wednesday’s settlement follows others by international banks in recent years.

Standard Chartered paid a total of $674m to US regulators in 2012 for violating sanctions against Iran.

And HSBC paid a record $1.9bn for laundering money for “drug kingpins and rogue nations”.